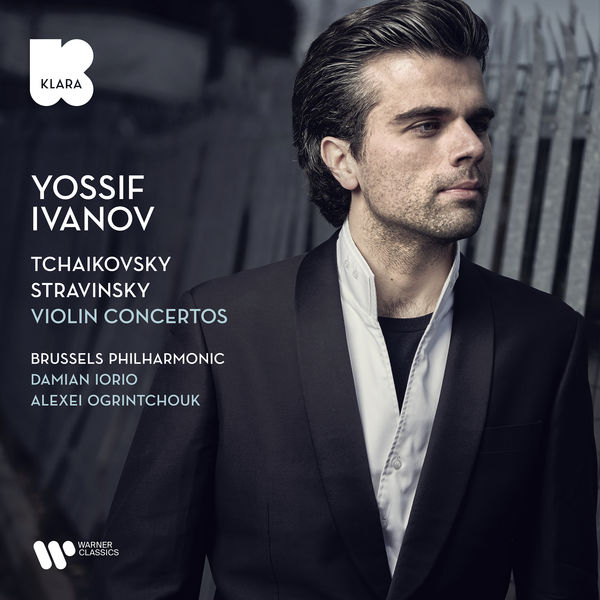 It’s a very nice idea to pair the Tchaikovsky and Stravinsky Violin Concertos. Two concertos in D major from two major Russian masters, the former a proper old repertoire warhorse, the latter rather more neglected, one wonders why more people haven’t thought of it.There’s also much to admire in these assured performances, beginning with Belgian violinist Yossif Ivanov’s beautifully rich tone and technical polish. Just listen to the velvety huskiness with which he makes his first Tchaikovsky entry, and the way he maintains a rounded glow and finesse of attack even through the fastest, thorniest passagework. Plus, he’s matched by a wonderfully deep, burnished warmth and weight from the Brussels Philharmonic, including some fabulously characterful and Russian-sounding woodwind and brass colour.

The readings themselves then very much match that sumptuous sound quality. This is a big-boned, leisurely-paced, Romantic Tchaikovsky concerto to which Ivanov brings a wide array of portamenti and some seriously luxurious rubato moments. In fact some will decide his first movement cadenza has been overly stretched out. Add the occasional moment where the orchestra tips from feeling unhurried to bogged down, and if you’re someone who likes your Tchaikovsky to come with a more freely flying feel, then you’re best heading to Janine Jansen with the Mahler Chamber Orchestra and Daniel Harding, or for a brand new rising name, Johan Dalene with the Norrköping Symphony Orchestra and Daniel Blendulf.

Still, then comes the Stravinsky, for which Alexei Ogrintchouk takes over the orchestral baton from Damian Iorio, and while this equally sits on the leisurely side of the tempo scale, the perky rhythmic buoyancy and timbral crackle and shine you’re hearing from everyone in the opening Toccata sets the stage for a highly attractive performance that overall has far more pep and momentum about it, while retaining its warmth and strength. – Charlotte Gardner