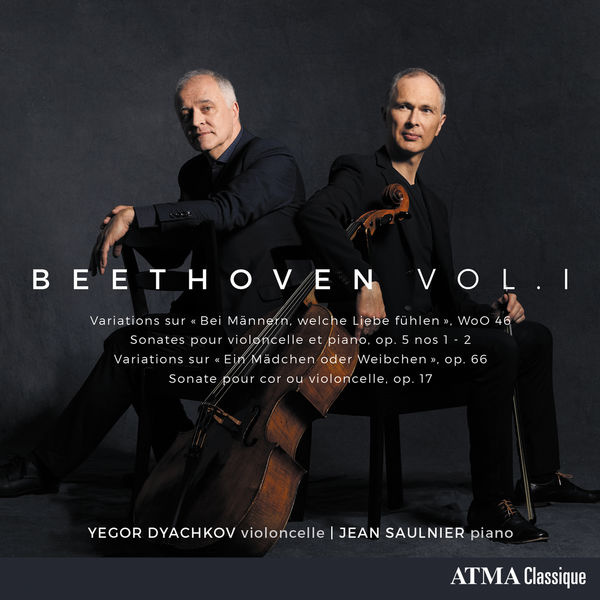 In the 1770s, thanks to Joseph Haydn and Wolfgang Amadeus Mozart, the cello began to play a more Flute. These works reveal not only Beethoven’s admiration for these two composers, but also his fondness important role in chamber music. Nonetheless, the sonata for cello and piano (or harpsichord) did not benefit from the changes that had transformed the violin sonata. In neither of the two forms of cello and piano sonata — for cello with simple accompaniment on the one hand, or for piano with cello obbligato — can we speak of real, organic collaboration between the two instruments.It is to Ludwig van Beethoven that we owe a new concept of the relationship between piano and cello. He had the opportunity to make this innovation when, in the autumn of 1796, he was visiting the court of Frederick William II, King of Prussia, a music lover who was passionately fond of the cello. Beethoven, then considered a promising composer-pianist, wrote two cello sonatas during that visit, one in F major and the other in G minor. They were designed not only to showcase Beethoven’s talent as a pianist, but also to please the king by featuring his favorite instrument, and by giving one of the best instrumentalists in the court orchestra, the cellist Jean-Louis Duport, a chance to shine. The two sonatas are unusually structured. Each is in two parts, with slowly developing introductions to compensate for the absence of slow movements; not knowing how to deal with an instrument whose range falls in the middle of the piano’s, Beethoven preferred to do without a movement that would have exposed what he considered an incompatibility. Numerous virtuoso passages are assigned to the piano but, at times, it discreetly allows the cello to sing. Despite what the title, in French — Sonates pour le Clavecin ou Piano-Forte avec un Violoncelle obligé — seems to indicate, we have here, for the first time, a collaboration in which the cello is almost an equal partner to the piano.