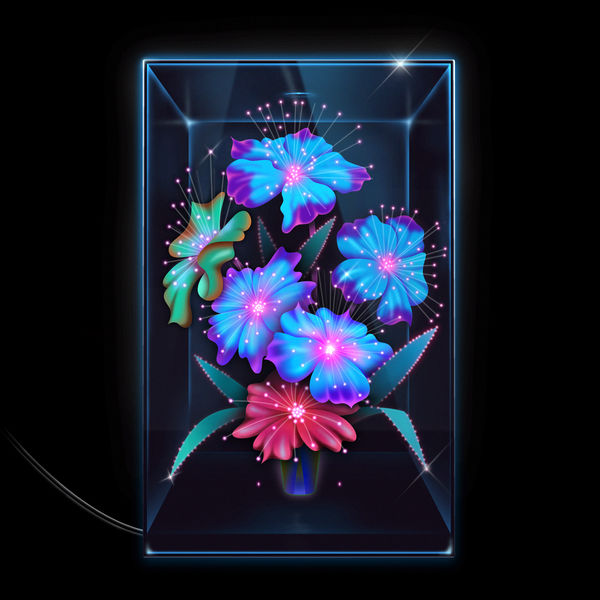 Xenia Rubinos, is a New York City based artist who’s been revered for her innovative voice and maze-like knack for melody. Una Rosa is Rubinos’ third album, her second on Anti Records, following up her critically acclaimed Black Terry Cat (2016).

Xenia Rubinos dips in and out of genre and structure to create movingly powerful songs. Her powerhouse vocals stem from a combination of R&B, hip-hop and jazz influences, all delivered with a soulful punk aura. Pitchfork has lauded the radiant singer as “a unique new pop personality” while The New Yorker described her work as “rhythmically fierce, vocally generous music that slips through the net of any known genre.”

Having previously collaborated and toured with acts as diverse as Battles, Deerhoof, Man Man and Tune-Yards, Rubinos’ energetic live show echoes some of the larger than life icons she admired as a child like Nina Simone and Erykah Badu, while wielding a space in music that is utterly her own. “I think my sound is a collage of different music coming together on a visceral level, connecting the dots with my voice and imagination,” she said.

Una Rosa is produced by Rubinos along with her longtime collaborator and drummer Marco Buccelli, and is full of colour – drawing much of its multichromatic sound from the bright colors of pop art, which Xenia was immersed in during the writing process.

Worn down from touring for her acclaimed 2016 album, Black Terry Cat—a remarkable melding of Erykah Badu-style hip-hop, neo-soul, wild synth noise, Latinx traditions and loads of swagger—Xenia Rubinos saw a curandero. The healer diagnosed the Connecticut-born Rubinos, whose mother is Puerto Rican and father is Cuban, with “perdida de espiritu”: a loss of spirit. But there was hope, as he assured her she hadn’t lost her gift of music. To revive herself, Rubinos looked to the past, recalling a wind-up lamp in her abuelita’s home that played the dreamy, romantic traditional “Una Rosa”; she used that to create her own version of the song, with airy flute that turns more aggressive, underscored by looming bass, as the song and, presumably, Rubinos, moves forward. Una Rosa feels, and is, different from her past work—it’s more electronic and with more Spanish lyrics. That’s incredibly striking on “Sacude,” which alternates between spare clave and hip-hop-meets-rumba thump as Rubinos slips between Spanish and English. “I’m carrying the weight for both of us,” she sings, the pulsing, throbbing music evoking pain and fear. And if she doesn’t let it go, death will come: “Cuanto quisiera salir de esto ya/ Si sigo este rumbo/ Pronto me sorprende la muerte.” That dilemma of trying to keep it all together also plays out in the lightly bouncing ’90s R&B of “Cogélo Suave,” as Rubinos’ smooth assurance of “I’m doin’ fine like all the time” confusingly crashes into an admittance of “well, I don’t know”—which then dissolves into a nonsensical “menamena” chant. R&B-inflected “Don’t Put Me in Red” cleverly puts it straight to concert-venue lighting engineers who like to give her fiery-tinted “Latina lighting.” “Dress me, undress me/ I’m so spicy, you don’t like me” go the snappy verses, before she croons like Sade: “Don’t you put me in red/ I hate it.” “Working All the Time” weaves in air sirens and an early Destiny’s Child vibe to cast side-eye at the trap of capitalism; bright-and-shiny “Who Shot Ya,” with its stuttering “get it get it get it,” is about cheering people to stand up for themselves rather than putting their faith in power players: “Get their rest, get their peace, get their money, get their justice—to get up and get it,” Rubinos has said. But perhaps the most stunning moment on the record is the pulsing electronica of “Did My Best,” about the shock of a loved one’s sudden death. Against a backdrop of industrial-sounding chaos, Rubinos adopts a robotic voice; you might expect it to be cold, but it’s painfully human. “I didn’t even get to say goodbye,” she yells with so much confusion and angst, the intimacy is almost unbearable. – Shelly Ridenour