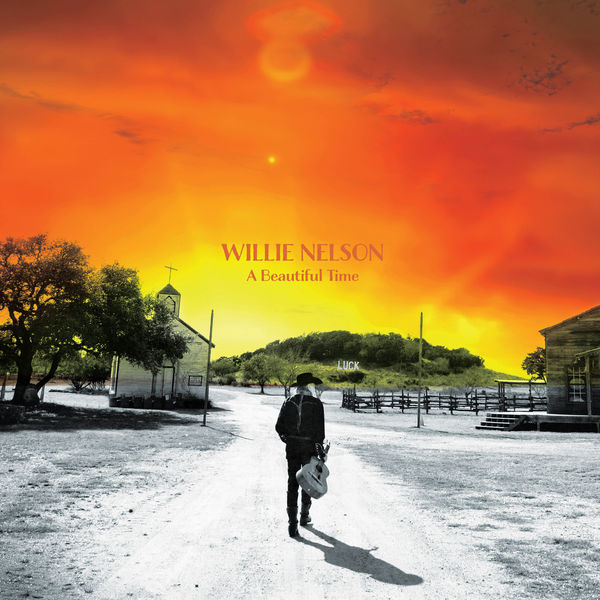 After Willie Nelson’s fragile appearance at the 2019 CMA Awards, duetting with Kacey Musgraves on a heart-wrenching version of “The Rainbow Connection,” it wouldn’t have come as a shock if the legend hadn’t recorded another album. But Nelson, at 89, is on a prolific roll. He released two albums in 2021, as well as duets with Karen O and Michael McDonald, and performed at Farm Aid. He has a slew of tour dates on the calendar for 2022, to promote A Beautiful Time, his 72nd studio album. It’s not always an easy listen, but it’s an important one. Like Johnny Cash’s American IV, you are enveloped by the sense of mortality. Written by Nelson, “I Don’t Go to Funerals” has the feel of an outlaw classic and finds him humorously stubborn but also hopeful. “I don’t go to funerals/ And I won’t be at mine,” he sings. Instead he plans to be “at a big old pickin’ party” in the sky, alongside Waylon (Jennings), John (Cash), Merle (Haggard), Kris (presumably Kristofferson, who isn’t dead yet) and “our sweetheart Patsy Cline.” “Dusty Bottles” is a slow burn that lets Nelson’s ragged voice play to its advantage: “Dusty bottles pour a finer glass of wine/ An old beat-up guitar just sounds better/ And wisdom only comes with time.” “Live every day like it was your last one,” he offers on “Live Every Day,” “and one day you’re gonna be right.” Even though they’re not all by him, the choice of songs says something about what’s on Nelson’s mind. It’s a gentle record, with the music never getting in the way of letting Willie be Willie, even when he sounds particularly fragile on “I’ll Love You Till the Day I Die,” a romantic number written by Chris Stapleton and Rodney Crowell. (Throughout, longtime band member Mickey Raphael’s harmonica is like a call from the past.) Nelson sounds strongest on “Energy Follows Thought,” a stark and moving number delivered by a man who fought to find his place in Nashville (and who eventually gave up on that city to write his own rules). “Be careful what you ask for/ Make sure it’s really what you want/ Because your mind is made for thinking/ And energy follows thought.” It’s a hoot to hear Nelson modestly purr a slinky cover of Leonard Cohen’s “Tower of Song,” including the line: “I said to Hank Williams, ‘How lonely does it get?’/ Hank Williams hasn’t answered me yet/ But I hear him coughing all night long/ About 100 floors above me in the tower of song.” There’s also a cover of “With a Little Help from My Friends,” with Nelson’s voice reaching up so sweetly on the bridge, it’s like sunshine breaking through the clouds. The album closer, “Leave You With a Smile,” is a weepie, “I just want to leave you with a smile/ Even though that hasn’t always been my style/ I messed up best intentions/ But I’ve loved you all the while … If I run out of time/ I’ll wait for you in the sweet by-and-by.” – Shelly Ridenour