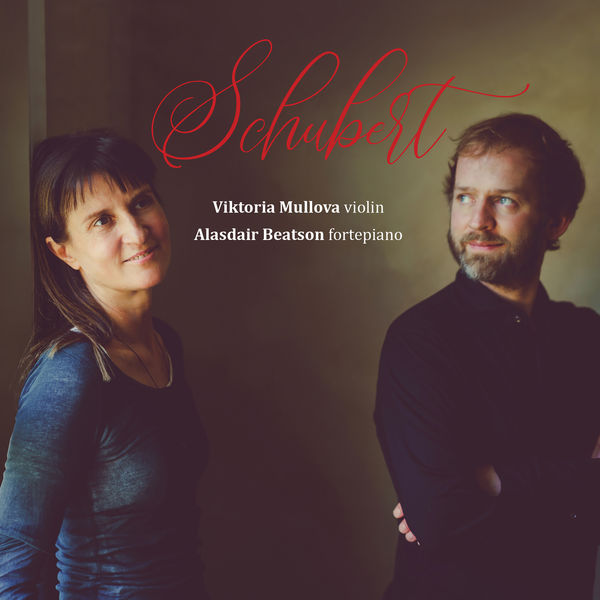 Viktoria Mullova and Alasdair Beatson present their first release with Signum Classics. Performed on a period-style fortepiano and gut strings, the works presented on this recording span the final decade of Schubert’s life. Beginning with the Sonata in A of 1817, its lyrical, wistful opening giving way to a Viennese joy and exuberance. Closing with the Rondo in B minor of 1826, thrilling in its heroic journey through an abundance of themes, with twists and turns almost competitively athletic between the two instruments. At the heart of the recording, the Fantasie in C of 1827 – a music unutterably inspired, ravishingly beautiful, a tour de force of color and texture, an unpredictable and unparalleled dreamlike vision of another world. Viktoria Mullova is known internationally as a violinist of exceptional versatility and musical integrity. Her curiosity spans the breadth of musical development from baroque and classical right up to the most contemporary influences from the world of fusion and experimental music. Scottish pianist Alasdair Beatson works prolifically as a soloist and chamber musician. Renowned as a sincere musician and intrepid programmer, he champions wider repertoire with particular interest in Beethoven, Schumann and Schubert among others.