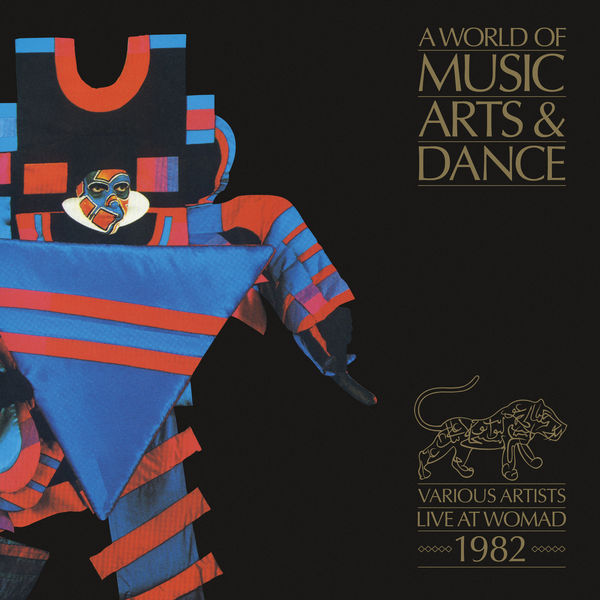 A historic live recording celebrating the 40th anniversary of a landmark cultural moment including performances by Echo & The Bunnymen, Peter Gabriel, Simple Minds, The Beat, The Drummers of Burundi, The Musicians of the Nile and many more.

WOMAD 1982. The Royal Bath and West Showground near Shepton Mallet, Somerset. The heart of the world in the heart of the West Country. A festival of new and traditional arts from four continents and over 20 countries.

“Our dream was not to sprinkle world music around a rock festival, but to prove that these great artists could be headliners in their own right,” recalls Peter Gabriel. “We wanted to show that wherever you were born, whatever colour or language, whatever religious or sexual persuasion, powerful passionate and joyful work would have a warm welcome in WOMAD.”

Real World Studios 2021. The process of restoring the 40-year-old audio tapes recorded at the first WOMAD festival began, overcoming many technical challenges to ensure these vital, historic performances were saved. This album is a window onto three days of amazing music – highlights from multiple stages, of artists from many corners of the globe.

Digitally remastered.Liner note: On the 15th of July 1982 I was dropped into the 240-acre Bath and West Showground, Somerset, after spending eighteen months with fellow co-founders organising a seminal event, with five stages and sixty bands, from over twenty countries. I ran around for several hours, before I was handed a walkie-talkie the size of shoebox. Breathe.

In October 1980 Thomas and I interviewed Peter Gabriel for our vinyl-with-magazine creation, The Bristol Recorder, later The Recorder. Peter generously gave us previously unreleased tracks for our record. After the interview we talked about a tape of Indonesian gamelan music that I had in my pocket, Thomas’s experience of South American music and Peter’s work with rhythms from various African countries. Peter called us soon after with an idea: to acknowledge the influence of non-Western music on successful Western bands and musicians and to create a wider audience for that music, by combining both in the same event — a festival celebrating music as a universal language.

The process was entirely new to us. The largest events we had done were promotions of local bands, in local venues. There were far fewer large festivals at that time. In continental Europe non-Western arts were showcased in government-funded buildings. The Drummers of Burundi and the Qawwali legends the Sabri Brothers were an early inspiration. We visited the Dartington Gamelan and played ineptly on the beautiful percussive instruments — although I have to say Peter was pretty good.

UNESCO, UNICEF, the Commission for Racial Equality and the Commonwealth Institute helped us. When we consulted the Extra-European Arts Committee in Amsterdam, some of them stated plainly that it was mad to imagine that an audience would assemble in a field to experience music so little-known in England at that time. ‘Mad’, for us, metamorphosed into Music, Arts and Dance. With the addition of World Of, WOMAD was coined. We reckoned that WOMAD was both sayable and memorable.

The WOMAD Foundation grew from an education programme conceived early in the process. Peter was enthusiastic about inspiring the young. Sarah Flint and I visited over 100 schools in Avon, Somerset and Wiltshire, coordinated the creation of a free 10-booklet teaching pack, and arranged workshops. The festival was free for schools and approximately 4,500 children attended on the first day, for performances and workshops.

A huge procession of children opened the festival, wearing masks and wielding musical instruments made with the help of the teaching pack. Giant Indonesian puppets, created by Welfare State International, led them to the main stage. I was recruited as emergency MC and improvised desperately until the procession arrived.

The Drummers of Burundi, whose rhythms had been appropriated by mainstream Western music, now unleashed a heart-wrenching sound: a steady, deep beat from the drums on their heads, stepping in stately procession, sticks whirling in synchronisation with the beat and their feet. The overwhelming thrum moved the air itself, exerting visceral force on the diaphragm; a sublime, profoundly human sound that moves me, even now, to tears. If a World of Music was born that day in Somerset, then this sound was the quickening heartbeat of that world.

The rhythm infected the audience like a benevolent plague. As twilight came, audience members began to file into one of the large, terraced stands in the Showground, playing any instrument or object that could make a sound, including the metal and wood of the stand itself. Torch beams swept and scanned the surreal scene, highlighting faces, and hands in blurred motion. People played through the night in spontaneous relays, until there was a danger of the stand disintegrating.

Musical collaborations proliferated. Echo And The Bunnymen became Echo And The Burundi Men. Ekome, the national West African Drum and Dance ensemble from Bristol, accompanied Peter in a most poignant version of ‘Biko’. Across the site, musicians were experimenting on and offstage. The Musicians of the Nile were everywhere; when not performing, they sold instruments spread out on embroidered cloths on the ground. Sasono Mulyo flooded the senses with a polyphony of chiming percussion from the gamelan orchestra; bright ritual costumes and hands fluttering like birds; eloquent gestures dividing the air in swoops and gyres. One journalist wrote of hearing English church bells anew as she left the site: echoes across cultures, sympathetic sounds. And then it was over.

Initially, there was opposition to WOMAD at Parish Council meetings in the nearest village, Evercreech. Mr. Paradise, headmaster of the Primary School, expressed concern that his pupils would be menaced by invading hippies. Nevertheless, his school attended. Sitting among the wreckage of our dream, I opened a letter: the Evercreech children had loved WOMAD. The headmaster was very sorry he had opposed the festival and would welcome our return: it was a letter from Paradise, blessing WOMAD.