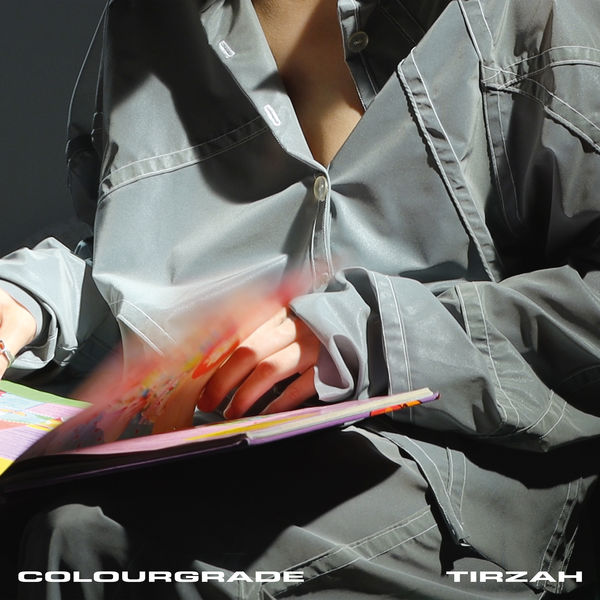 Colourgrade follows on from 2018’s immediate cult classic LP, Devotion. It forms a subconscious snapshot from across a year when Tirzah was playing live regularly for the first time, in the depths of promoting Devotion and recorded soon after the birth of her first child and shortly before her second child was born. The album explores recovery, gratitude and new beginnings, presenting a singer having discovered the type of love that is shared between a mother and a child for the first time, whilst simultaneously working as an artist. Capturing both the great and the scary, the exhaustion and the recovery, Colourgrade is a listless amble through the innermost feelings, an intoxicating presentation of a full time mother and artist. As always, a Tirzah record is a family affair. That doesn’t just mean grandmum and granddad, but the extended CURL crew that includes long term collaborators, Mica Levi and Coby Sey, the younger brother of producer Kwes who mixes on Colourgrade. It’s this natural, collaborative energy that keeps Tirzah’s music fresh and progressive.

Devotion was the most fascinating oddity of 2018. Tirzah, protégée of her childhood friend Mica Levi aka Micachu, who is also a producer on this début album, was bursting into life. She was a kind of tightrope walker slaloming sensuously between melancholic R&B, neo-trip hop, drugged-up soul, post-grime and experimental pop. Those drunken piano notes, those fuzzy loops, that thick bass, the shady squeaks, the door creaks and above all that disturbing and changing voice are all back on Colourgrade. And Micachu has come back too. But this second work is less soulful than the previous one, and it’s even more avant-garde. Tirzah’s brain remains an intriguing stylistic labyrinth in which one can get lost (Crepuscular Rays) but to which it is always good to surrender (Hive Mind). Maybe Tirzah has just invented a soul-blues for the 2020s. – Marc Zisman