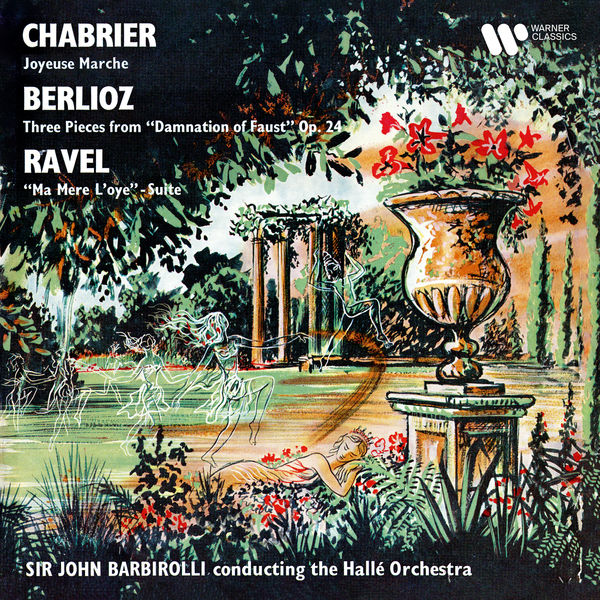 Born in London of Italian-French parents, Sir John Barbirolli (1899–1970) trained as a cellist and played in theatre and café orchestras before joining the Queen’s Hall Orchestra under Sir Henry Wood in 1916. His conducting career began with the formation of his own orchestra in 1924, and between 1926 and 1933 he was active as an opera conductor at Covent Garden and elsewhere. Orchestral appointments followed: the Scottish Orchestra (1933–36), the New York Philharmonic (1936–42), the Hallé Orchestra (1943–70) and the Houston Symphony (1961–67). Barbirolli guest conducted many of the world’s leading orchestras and was especially admired as an interpreter of the music of Mahler, Sibelius, Elgar, Vaughan Williams, Delius, Puccini and Verdi. He made many outstanding recordings, including the complete Brahms and Sibelius symphonies, as well as operas by Verdi and Puccini and much English repertoire.

Barbirolli was a late convert to the music of Gustav Mahler. He had first come across it in 1930 when the Fourth Symphony, as heard for the first time at somebody else’s rehearsal, struck him as being thin, certainly by comparison with Berlioz and Wagner. After some early excursions at the beginning of his career – such as in 1931, when he conducted the Kindertotenlieder for Elena Gerhardt at a Royal Philharmonic Society concert in London – Mahler scarcely even figured in his programmes until 1946, when he included Das Lied von der Erde in his third season with the Halle Orchestra. Then in 1952 his friend, the critic Neville Cardus, recalling that Sir Hamilton Harty had given England its first hearing of the Ninth Symphony during his reign as Hallé conductor (1920–33), urged Barbirolli to consider conducting it himself. It was, said Cardus, “the ideal work” for him. Two years later the thing happened: moreover, that first-ever performance by Barbirolli of a Mahler symphony opened the floodgates to a 16-year period in which he embraced them all save No.8. The First, Fifth, Sixth and Ninth he subsequently recorded commercially, and radio recordings of several of the others have also appeared on CD.