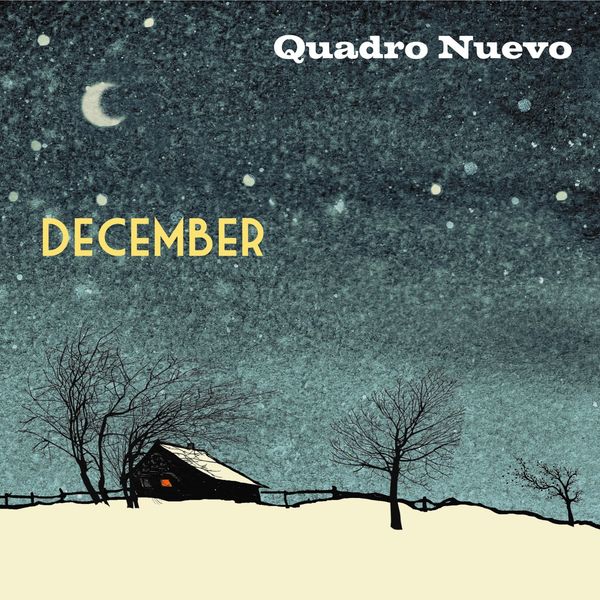 The new album by the world music ensemble Quadro Nuevo is dedicated to the wintry mood. The musicians, who have already released three Christmas albums in their long band history since 1996, do not see December as another work of this genre, but they nevertheless interpret melodies of religious or spiritual origin on it.

“Figures like Jesus, Mary and Joseph were formative for our occidental mindset. Regardless of whether one is a believer, whether one takes them as historical persons or as myths, their story can give us orientation. In the course of life, we can move away from them, lose track of them, reinterpret them again and again and approach them again.

Especially at the darkest time of the year, we reflect particularly intensely. Even Jesus of Nazareth and his disciples do not always agree on the right path. They discuss, argue, deny and betray each other. And in the end, Jesus cries out on the cross, “My God, why have you forsaken me?”The invocation of a higher power, from which one expects help in the cold and in existential distress, thus finds new expression in Quadro Nuevo in two versions of the ancient Kyrie Eleison, by all means retaining the original sacred character. Under the impression of the 30-year war, Paul Gerhardt asks with his Befiehl du deine Wege for a positive response from above, which Quadro Nuevo now transfers into a heartfelt 5/4 time.

The war in Ukraine prompted the musicians to write songs that express their longing for peace, such as Dietrich Bonhoeffer’s Von guten Mächten wunderbar geborgen or Song for Peace, composed by Mulo Francel’s son.

“Obviously deeply rooted in the glorious insidiousness of Alpine music, these soulful virtuosos have opened their hands and ears wide to the sounds of other cultures” wrote DIE ZEIT about their album Weihnacht in December 2008.

Above all, at concerts and on their travels, they repeatedly deal with the oriental cultural area, the regional origin of Judaism, Christianity and Islam. The instrumental artists travelled through Israel, Jordan and Antioch, climbed the Moses mountain in Sinai and approached Buddhism on a musical level as film dubbing artists.