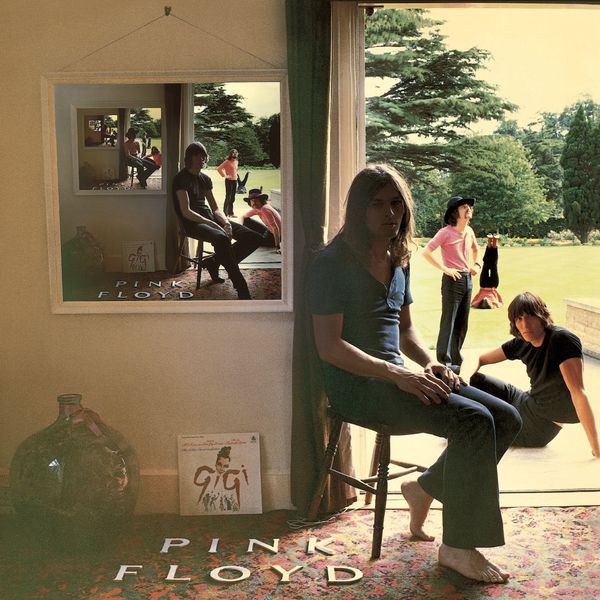 Released on 7th November, 1969, Pink Floyd’s fourth album Ummagumma is a disorienting head trip of an album: one part live recordings, the other a bizarre, psychedelic and rather cinematic collection of solo experiments. The first disc’s purely instrumental concerts stem from Birmingham’s Mothers Club and Manchester’s College of Commerce and were recorded earlier that year. The sound is raw and crude, offering a glimpse of Pink Floyd’s early days on stage. By the time Nick Wright’s ominous piano opens the curtain on the second disc, it’s clear the mood has changed from spaced-out jams to a kind of freaky folk opera. The band members’ rotating positions on the album cover (designed by their long-term collaborators Hipgnosis) give you a clue as to what’s in store: each artist had half an album side to compose their own work without any input from the others. The four-part Sysyphus by Nick Wright is intense and progressive, packed with an array of synths, organs and pianos. Roger Waters’ Grantchester Meadows and Several Species of Small Furry Animals Gathered Together in a Cave and Grooving with a Pict contains bird songs and warped voice samples played both forwards and backwards at varying speeds, crafting a lyrical world that’s peaceful and unnerving in equal measure. When David Gilmour takes the reins for The Narrow Way we’re treated to a meandering stream of vocals, guitar strums and solos that flow neither this way nor that. For the album closer, The Grand Vizier’s Garden Party by Nick Mason starts off as an introductory flute piece (played by his wife) before galloping head-first into a looping frenzy of beats and distortions. Initially viewed as a success, the group look back on this record as “pretentious”. In an interview, Nick Mason commented “in hindsight, it rather proves that we were better when we worked together than when we worked as individuals. There are nice moments and odd good bits but as an album it’s pretty fragmented…”. It’s not an easy listen, but then it’s not trying to be. If it’s sheer psychedelia you’re after, look no further than Ummagumma. – Abi Church