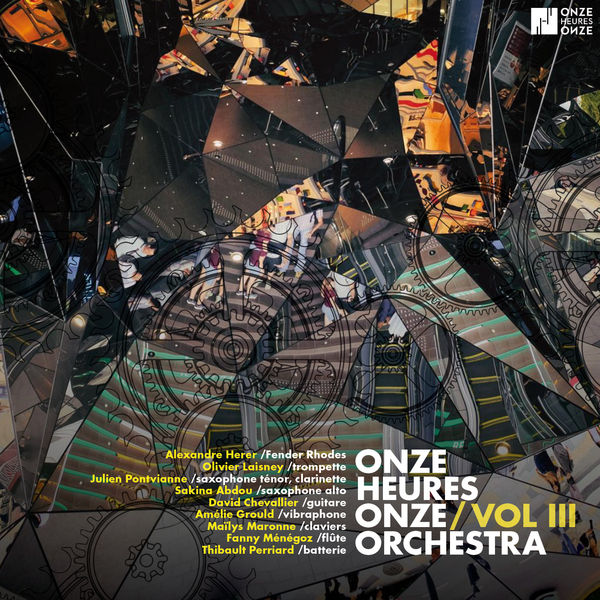 Onze heures eleven is a formation that was created by three French musicians who can also be found within the group Oxyd (album “The lost animals”): the keyboardist Alexandre Herer, the trumpeter Olivier Laisney and the clarinetist Julien Pontvianne.

The first, born in 1981, studied classical piano then jazz at the Conservatoire d’Issy les Moulineaux. Very influenced by Steve Coleman, his music is also close to certain trends of Octurn and Magic Malik, who has also been invited on various occasions.

The second was part of Stéphane Payen’s workshop and the Gil Evans Paris Workshop. The third studied in Paris and participates in the Watt Quartet with Jean-Brice Godet.

They brought together here a nonet, four women (including flautist Fanny Ménégoz who is part of the Fanfare XP of Magic Malik) and five men (including David Chevallier, whom we heard with Tous Dehors or in personal projects with Michel Massot ).

Influenced by the minimalist and repetitive music of certain contemporary composers, the repertoire co-composed by the members of the group is centered on the theme of automatons: “the project wants to achieve a parallel between the envy and the fantasy of man. ‘automate and reproduce living things. ” Hence the use of playing and writing automation techniques found in repetitive music, with chords, melodies and random rhythms.