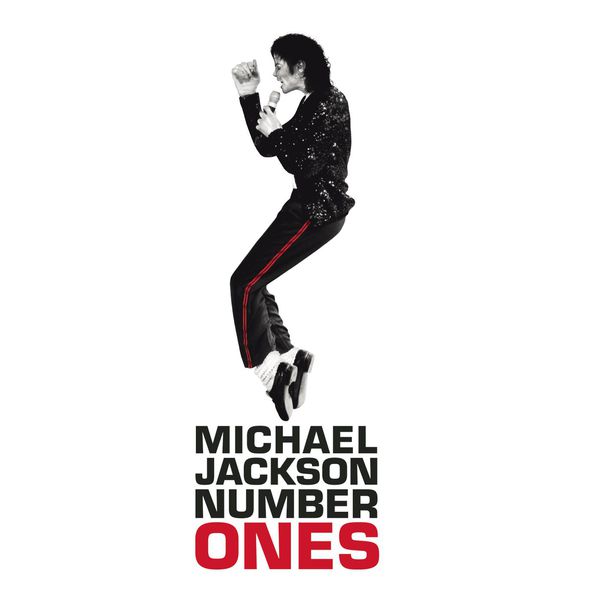 Since Michael Jackson botched his first hits collection by pairing it with a new album of material in a double-disc set, making it considerably less attractive for those legions of listeners who want just a single disc of hits, it’s both inevitable and welcome that he attempted another compilation a few years later. This second collection, Number Ones, was released in the wake of the 2000 blockbuster Beatles 1, which rewrote the rules of modern-day hits collections from major artists, since it not only contained a generous, representative cross section of hits, it had a specific focus and did gangbuster business. An avalanche of similar-minded compilations by other titans followed, notably Elvis’ 30 #1 Hits and the Rolling Stones’ Forty Licks, and MJ’s Number Ones is part of that wave. For some artists, sticking to number one hits isn’t a bad way to make a collection — the Beatles are a perfect example, actually, since even if 1 didn’t contain such seminal items as “Strawberry Fields Forever,” it still offered a full, representative portrait of their career. Jackson doesn’t fare so well by the number one rule. First of all, he doesn’t strictly follow the number one rule, leaving behind the number one hit duet “Say Say Say” with Paul McCartney, substituting a 1981 live version of “Ben” for the original hit, adding “Break of Dawn,” an Invincible album cut never released as a single, and including “Thriller,” “Smooth Criminal,” and “Earth Song,” none of which hit number one, and the latter wasn’t even released as a single in the U.S. (there is, of course, the requisite previously unreleased song, the OK slow jam “One More Chance”). Then, there’s the fact that Thriller changed the business, inaugurating the era of the blockbuster album that rode the charts for years, spinning off hit singles every quarter. Thriller generated tons of hits — six of its nine tracks hit the charts, but only two of them hit number one. Its successor, Bad, had seven of its 11 songs hit the charts (one other, the CD bonus cut “Leave Me Alone,” was a staple on MTV), and of those, five peaked at number one. So, by sticking to number ones, and adding “Smooth Criminal,” this collection skews very heavily toward Bad, at times playing like an expanded reissue with bonus tracks. This may be a fairly accurate reading of chart positions, but it doesn’t result in a particularly representative collection, since the brilliant Off the Wall is granted only two songs, leaving behind such charting hits as “Off the Wall” and “She’s Out of My Life” (both gold singles, mind you), and Thriller is represented by only three tracks, with such defining songs as “Wanna Be Startin’ Somethin’,” “Human Nature,” “PYT (Pretty Young Thing),” and “The Girl Is Mine” being left behind. These two albums are the core of Jackson’s legacy, and it simply feels wrong that Number Ones gives them short shrift. Dangerous also is neglected, providing just one selection, when on the whole it had far more memorable songs than HIStory or Invincible. But these problems are inherent with any collection that concentrates just on the charts, not the music that got the songs on the charts in the first place. And while Number Ones contains enough of the big songs to recommend it for those listeners who are looking just for a cross section of the biggest hits from Jackson’s career, it is also true that the perfect Michael Jackson hits collection has yet to be assembled. Maybe next time, particularly if he’s granted an entry into Sony’s generally excellent The Essentials series. ~ Stephen Thomas Erlewine