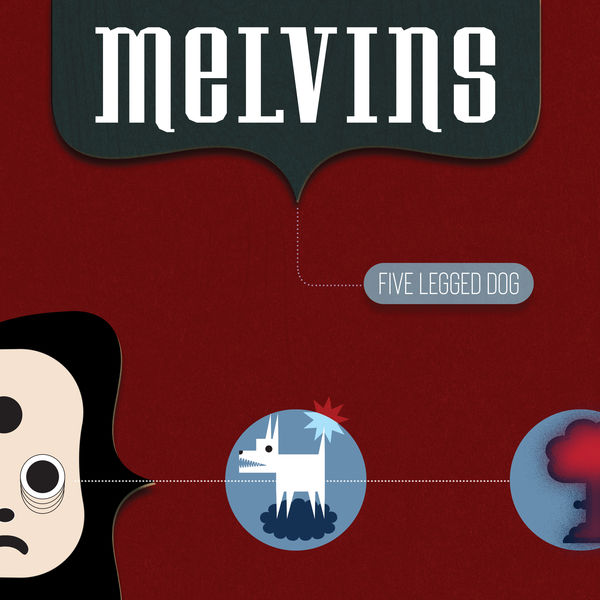 Melvins will reinterpret their own catalog and showcase some new covers on the grunge giant’s massive new Five Legged Dog, a 36-track LP that doubles as the group’s first-ever acoustic album.

“I knew I wanted to do something ridiculously big. Thirty-six songs reimagined by us acoustically is certainly ridiculous but it works! The magic of the songs is still there regardless of it being acoustic,” Buzz Osbourne said in a statement of the pandemic-recorded album.

“Since we weren’t touring we had the time to do something of this size. I’m very excited about this record. Dale [Crover] and Steven [McDonald] did a fantastic job on this. I think it’s a very special record. I can’t think of anyone else who’s done something like this.”

One of the reasons the Melvins remain vital and productive as they approach 40 years as a band is they’ve never been afraid to try new things and give themselves fresh challenges. However, after a certain point, one begins to run short on new things to try, and their desire to push themselves out of their comfort zone sometimes takes them down blind alleys. This is the case with 2021’s Five Legged Dog, which marks the first time the band, known for their crushing volume and downtuned heaviness, has recorded a full-length acoustic album. Perhaps thinking that wasn’t novel enough in itself, they have has also made it an epic-scale career overview, featuring new interpretations of tunes from their catalog, as well as a handful of covers, in a marathon production that clocks in at two-and-a-half hours. For a group that’s traded so heavily in volume throughout their career, Five Legged Dog finds the Melvins sounding game and committed to this experiment, and guitarist Buzz Osborne, bassist Steven McDonald, and drummer Dale Crover seem especially happy to try out vocal harmonies that would normally get lost over the sound of the overdriven amps and piledriver percussion. The details of McDonald’s basslines and Crover’s drumming are naturally a lot more clear in this context, and their playing reveals a welcome nuance, showing off sides of their music that they can’t normally put into focus. However, while Osborne is a talented guitarist, he’s not as interesting on acoustic player as he is on electric, and the textures and dynamics that are second nature in his usual performances are absent here. The simpler, low-volume arrangements also make it pretty clear that these songs were never meant to be heard in this fashion, and they haven’t been able to recast them in an acoustic form that gives them force enough to compensate for the lack of volume and punch. The final nail in Five Legged Dog’s coffin is its length: 35 or 40 minutes of this music might work as an experiment, but 150 minutes is numbing, especially given the lack of straightforward melodic hooks in the Melvins’ songbook. The covers of numbers like the Turtles’ “Outside Chance,” the Rolling Stones’ “Sway,” and Fred Neil’s “Everybody’s Talking” end up being standouts because their relative simplicity, melodicism, and concision are reinforced by the acoustic trio treatment, while the sprawl of the Melvins originals only muddies the waters performed in this format. It’s honestly admirable that the Melvins were willing to take a big risk with an album like Five Legged Dog, but the finished product fails more than it succeeds. – Mark Deming