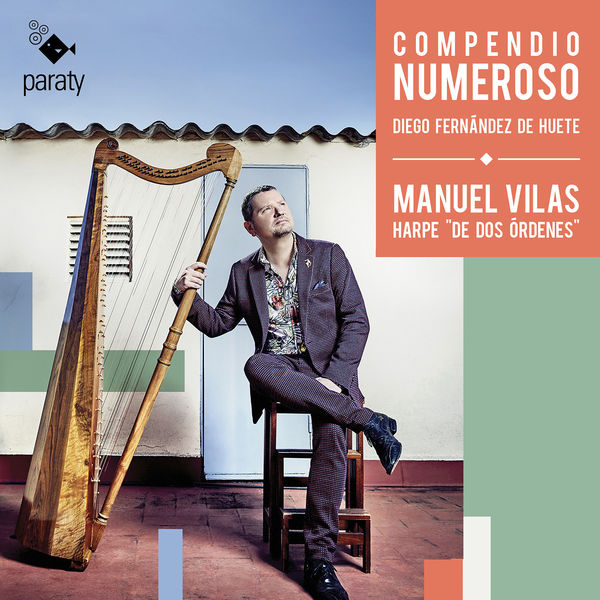 “As a harpist specializing in the cross-strung harp, an Iberian harp so called for having two rows of crossing strings, the recording of the album culminates a lifelong project. My teacher Nuria Llopis mentioned Diego Fernández de Huete during my first cross-strung-harp lesson in the early 90s of the last century. The first piece I prepared as a student was none other than the gaita (track 17) and, from that moment, Huete’s music accompanied me, as much in my student years as in my professional recitals, which always include works by this composer.

Diego Fernández de Huete is tied to the city of Toledo and its cathedral, where, from 1681 to 1710, he served as a harpist in the music chapel. He dedicated his life to this instrument and was also an organist. The harp and the organ, two closely related instruments, share a common history since many harpists were also organists and vice versa. When Huete decided to publish his masterpiece, the Plentiful Compendium, he had plenty of experience as a harpist; over 30 years of study and professional playing granted him a great deal of authority to transmit all his knowledge and mastery.” (Manuel Vilas)