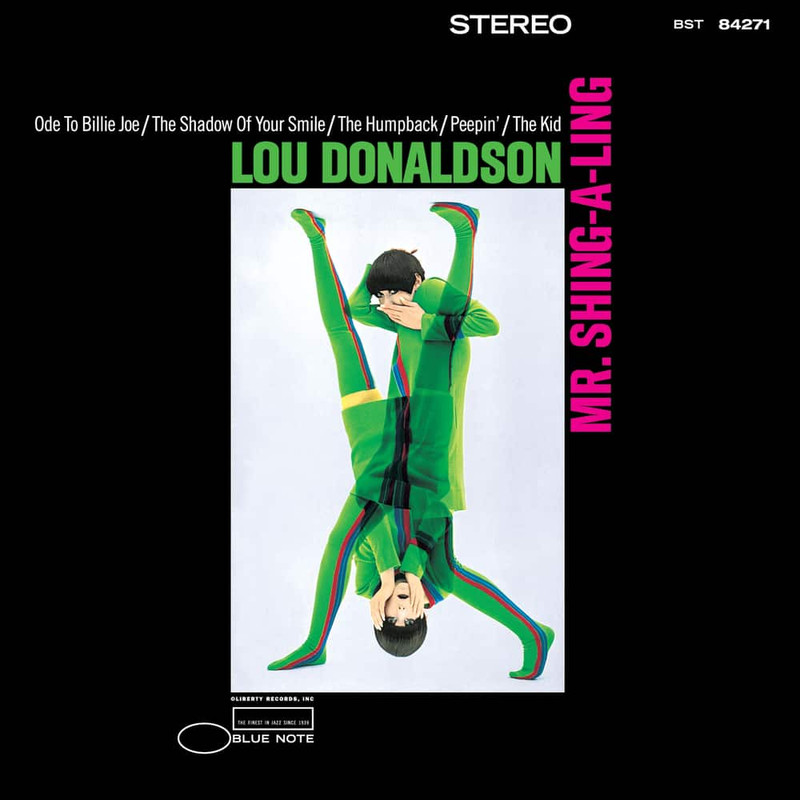 Mr. Shing-A-Ling, the follow up album to Lou Donaldson’s hit album Alligator Boogaloo, has long been considered the best of Donaldson’s funk/soul albums from the late-60s. One listen will tell you why: the incredible grooves on this album are simply irresistible and the alto saxophonist is backed by a who’s who of great soul jazz players including Blue Mitchell on trumpet, Dr. Lonnie Smith on Hammond B-3 organ, Jimmy “Fats” Ponder on guitar, and the great Leo Smith (aka Idris Muhammad) on drums.

Donaldson’s funky version of the Bobby Gentry song “Ode to Billie Joe” from the album is the most sampled track in Blue Note history with artists including A Tribe Called Quest, Kanye West, Drake, Lauryn Hill, Mary J Blige, J Dilla, De La Soul, Eminem, and many more using the track for inspiration.