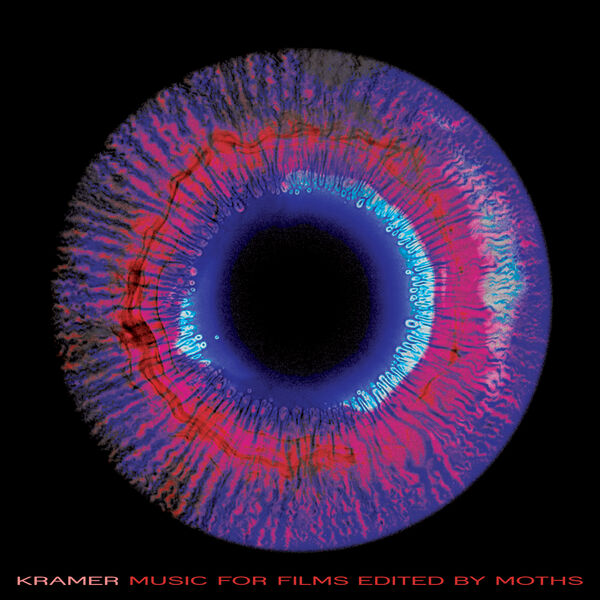 A legendary indie audio artist blurring his lifelong attachments, from spontaneous composition (in the late 70’s with John Zorn) to experimental rock (with Bongwater and other bands in the 80’s) alongside his recent inquiries into the intricacies of ambient folk song-craft (with his most recent solo LP, And The Wind Blew It All Away), Kramer continues to explore the possibilities of shaping naturally occurring aural landscapes into intoxicatingly affecting music.Sound and language not just melody and ambient textures – has been his raw material for decades. He now juggles them more deftly than ever on his newest ambient opus. In the ten compositions that comprise this new LP, mournful at times yet mysteriously life-affirming and generous in their scope, Kramer sees films where there are none, and composes his accompanying ambient soundtracks in a state of interrupted grace. Words, text, complete screenplays, character arcs, shooting scripts and storyboards swirl through his head as he puts his imagery to sound, and the results evoke a world in which moths, drawn to the bright flickering lights of Cinema and the low humming lights of Dreams, in Kramer’s own words, “…might never die”.

The LP’s nature reveals an interior dialogue between musician and choice. Each piece represents Kramer’s encounter with the blank canvas of silence that greets him as a composer. Embracing sounds as objects and instruments of Truth, the end result of his process is as much about what is absent and what has been removed or edited away than what is left in its wake as artefacts of emotion. These pieces are the Spring frost of lost imaginings, vanitas to broken connections, visions nearly unrecordable by the human eye. Kramer envisions a music that functions to stop time, as an event that always plays in the present and never needs a past to give it a reference point. It is music that communicates in the most intimate way possible, as intricately and as deeply as the way it blossoms and shifts and evades categorisation when exposed to thin air.

Drawn toward the light of a multitude of influences, we hear echoes of the feverishly frozen dreams of composers Morton Feldman, Terry Riley, Brian Eno and Arvo Part, melting alongside the surreal cinemas of David Lynch and The Brothers Quay, all parts converging to evoke a time and place that does not exist outside of the mind’s eye of the listener. After making much of his career within the practically anonymous labours of an independent record producer Kramer’s collaborations strive to give a purer vision to Art and a confidence in wandering without boundaries through each artist’s ever-evolving intuitive processes.