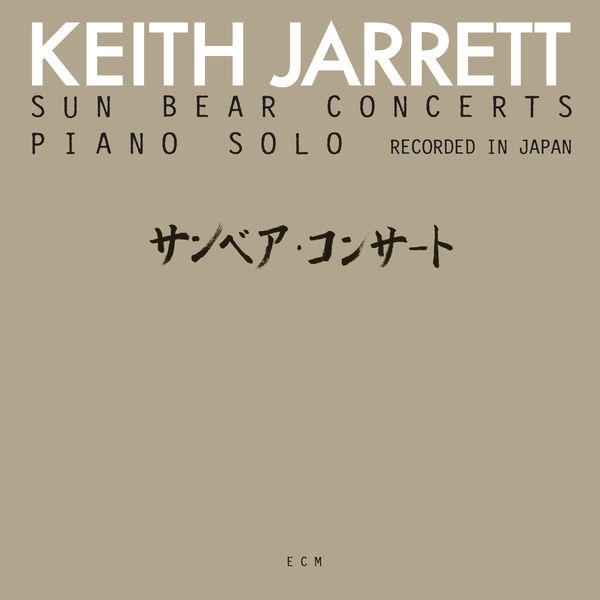 Sun Bear Concerts is a multi-concert album compilation of solo piano performances by Keith Jarrett that took place during his November 1976 tour in Japan. It was originally released as a ten-LP set and then as a six-CD box set containing 5 concerts plus encores, totalling 6:37:46 of music (applause included).

The structures of the documented concerts follow a similar pattern: two very long non-stop improvisations (from 31 to 43 minutes approx) plus a possible encore. Accordingly, it was not until the 1989 CD release (ECM 1100, 843 028-2) that the full performances could be heard as a whole.

In a 1979 interview, Jarrett stated: “I was involved in a very searching period of time when we recorded that, and the music itself was almost a release for the search. I’ve been thinking – Sun Bear is the only thing I’ve recorded that runs the gamut of human emotion. I think that if you got to know it well enough, you’d find it all in there someplace.” Jarrett explained the origins of the title as follows: “On a Japanese tour I saw a sun bear in the zoo, a small bear which really looked friendly and doesn’t exist anywhere outside Japan. The next day I asked our Japanese sound engineer about this animal because I remembered its face, a really friendly small face, and he replied, ‘Yes, it’s a beautiful bear but if you get near enough to him he will knock you three blocks down the road’. I simply liked the idea of an animal that looks as if it would be nice to get near to and which, when you do so, shakes your whole conception of life.”