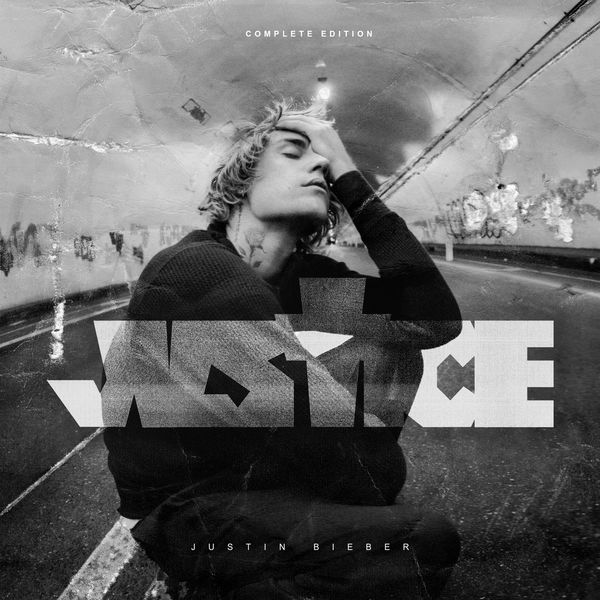 Justin Bieber has had a busy night. Following the release of his heartrending “Ghost” video, which stars Diane Keaton as his grandmother, he dropped three new(ish) songs. “Red Eye,” “Angels Speak,” and “Hailey” appear on Bieber’s Justice (The Complete Edition) of his sixth album Justice.

“Hailey” and “Angels Speak” originally appeared on the Japanese edition of Justice. Meanwhile, “Red Eye” was a bonus track for the album webstore’s alternate cover CD available exclusively in Europe.

Justice, which arrived in March, was released in an expanded version dubbed Justice (Triple Chucks Deluxe) that arrived a week after the original. the Complete Edition includes the expanded version along with the three additional tracks.

On Friday, the Michael D. Ratner-directed documentary, Justin Bieber: Our World, will make its worldwide premiere on Amazon Prime via Amazon Studios.

No one was looking to Justin Bieber for a ruminative and nuanced view on race relations, but the singer made some choices here that aren’t merely ineffectual. They’re foolish. The voice of Martin Luther King, Jr. is twice used on this album that otherwise has nothing to do with justice. It’s first used as the intro to an airy love ballad containing standard fawning Bieber-isms like “Two seconds without you’s like two months, and that’s too much.” A lengthier segment from one of King’s statements on civil disobedience leads to a song of devotion that seems to have been written after hours spent watching clips of early MTV (coincidentally when the channel’s play list was zero-percent Black). To wit, just as King was willing to sacrifice his life for equality, Bieber is willing to walk through flames for a kiss that could kill. Disregarding the inapt title and interludes, Justice is a decent addition to Bieber’s catalog. It’s distinguished by a variety of pop modes that includes vaporous synth rock and strumming acoustic ballads, hip-hop gospel and bedroom EDM, and sun-dazed R&B and contemporary Afrobeat, each one with astutely selected producers and featured artists. The Chance the Rapper collaboration “Holy,” restrained ballads “Lonely” and “Anyone,” and the tear-jerking empath anthem “Hold On” were all hits before the album was released. Altogether, they accurately forecasted the record’s lack of Kidz Bop-friendly pop trifles and TikTok takeover bids, that there would be no retreads of “Sorry” or “Yummy.” The upshot is that Justice is one of Bieber’s steadiest releases, among the easiest to play from start to finish. The only overdone aspect is the low self-esteem and unworthiness the lyrics either suggest or flatly express in almost every song. – Andy Kellman