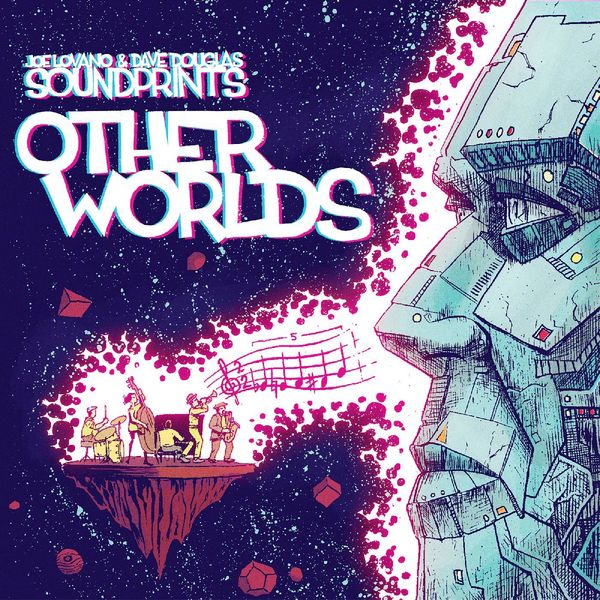 Joe Lovano and Dave Douglas launched Sound Prints in 2013, the year of Wayne Shorter’s 80th birthday. Since then, the saxophonist and trumpeter have set themselves the mission of celebrating their illustrious elder by writing and performing new music that they think expresses his creative and fearless spirit. With a multigenerational cast made up of pianist Lawrence Fields, bassist Linda May Han Oh and drummer Joey Baron, this virtuoso quintet released the thrilling Sound Prints: Live at Monterey Jazz Festival, which included the world premiere of two new themes by Shorter. The 2018 album Scandal saw the same line-up taking on brand-new themes from Lovano and Douglas, along with new takes on JuJu and Fee Fi Fo Fum, two masterpieces from Shorter’s Blue Note period. Other Worlds, recorded in the wake of a week on stage at the prestigious Village Vanguard in New York in January 2020, has the Sound Prints quintet delivering some solid original compositions. Although there is no material from Wayne Shorter here this time around, the spirit and philosophy of Miles Davis’s former sideman are still very much present. The powerful chemistry between the bandmates fizzes at every turn. This is further explained when Douglas describes his vision: “the whole concept of the band is dialogue and interaction, and when you play that way, nobody can retreat into the role of their instrument. Everybody’s playing everything, all the time.” This total commitment is what underpins the success of Other Worlds, which manages to celebrate the genius of Wayne Shorter without ever being too precious or obsequious about it. – Marc Zisman