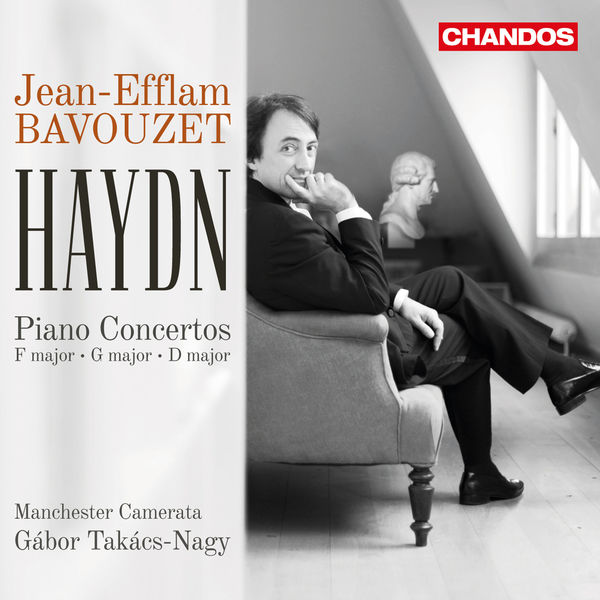 Of the profusion of Haydn keyboard sonata recordings that have appeared in the 21st century, the modern-piano versions by French pianist Jean-Efflam Bavouzet came almost out of nowhere and have been regarded as among the very best. Bavouzet’s Haydn is almost preternaturally alert to detail at both the micro and macro levels; he can both make listeners laugh out loud and marvel at the intricacies of Haydn’s movement structure in even little-known works. The question was whether Bavouzet could do it again in Haydn’s three keyboard concertos, little-known works in which, in lesser recordings, the composer seemed unmoved by the dramatic quality intrinsic to the concerto form. The answer is that Bavouzet is as brilliant as ever, and he has essentially rewritten the book on these pieces. He nails the madcap humor of the folkish finale of the Piano Concerto in G major, Hob. 18/4, and the harmonic density of the slow movements. He also brings together the opening movements, the way they deepen from almost inconsequential material, in a way that perhaps no one else has done before. It gives the effect of a kind of mind meld, and Bavouzet is accompanied with extreme agility by the Manchester Camerata under Gábor Takács-Nagy. Superior Haydn.