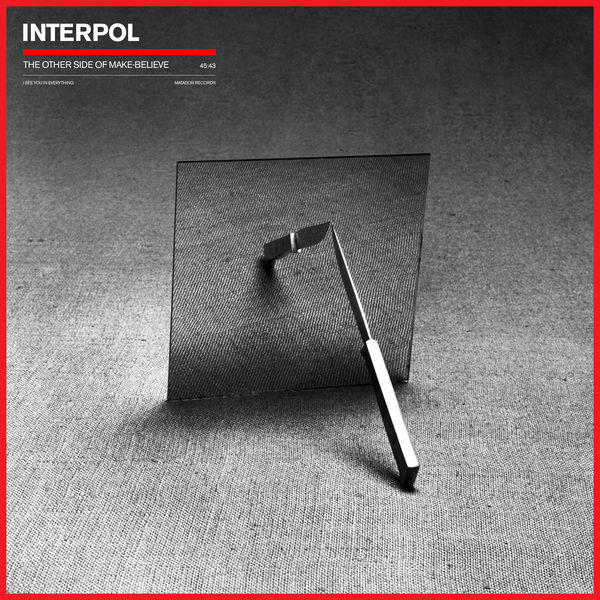 Singer Paul Banks has described “Fables,” an early single off Interpol’s seventh studio album, as having [guitarist Daniel Kessler’s] “hottest licks, a breezy vocal with optimistic lyrics and a bouncy drum beat evocative of classic R&B with a nod to the golden age of hip-hop. It’s a summer jam…” He might be the only person in the world to take that away from this gothic sounding and feeling (“You’re truly erupting too hard/ That’s why you’re a sizeable God/ And I am decidedly cold”) track; if anything, it’s the soundtrack of summer at Wuthering Heights. But it does have a great singalong chorus, and besides—you don’t come to Interpol for R&B summer jams. You’re here for tracks like the dark-hearted “Something Changed,” with its haunting piano, lounge-jazz drum and a delightfully odd vibe that suggests if The National covered Interpol. Or moody “Toni,” with its skittering drum beat and vocals that, according to Banks, producer Flood compared to “Mickey Rourke in Barfly, singing to a patron at the end of the tabletop.” The Other Side of Make-Believe is co-produced by Flood and his longtime collaborator Alan Moulder, and there are touches of the duo’s grand, open sound that made albums by U2 and The Killers sound so big. “Mr. Credit” has true swagger, with Sam Fogarino’s drums going from splashy bursts to full-on crashing waves, and Banks coming on more like Bowie than usual. “Renegade Hearts” is, for Interpol, a muscular hard-charger with a low-end growl and glints of sunshine; more than anything, it recalls Boy-era U2. Kessler’s guitar line on “Into the Night” is like a snake working its way into your brain, while “Big Shot City” has hot spots of ska-inspired guitar. So does the glorious “Gran Hotel,” which starts off shadowy and low before kicking in majorly, Banks’ vocals bursting out of nowhere and keeping the energy high. And “Passenger” is pretty great, all piercing guitar and drums throbbing like the adrenaline that’s triggered by true love and fear alike. “I need something to hold/ Someone to grasp at/ When I fall into a hole/ With a mountain on my back,” Bank sings, weary of the everyday drama. It’s emotional, moving and entirely Interpol.