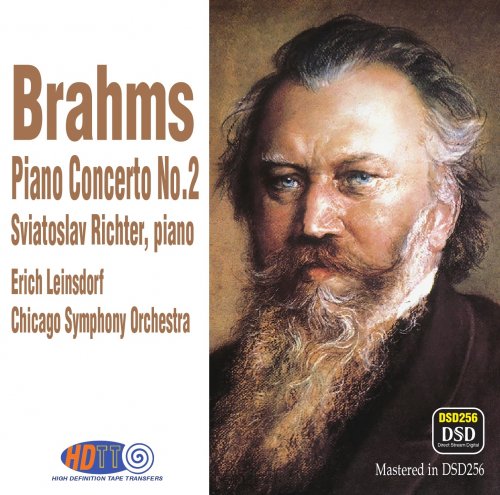 A whole piano revolution was launched in the west (meaning USA) in October and early November 1960. Richter had arrived. He came and conquered. Both in Chicago, where RCA recorded the Brahms Piano Concerto No 2 and New York, where he launched his career outside Russia with performances, not of the usual piano career intros of Tchaikovsky or Grieg, but a bunch of Beethoven Piano Sonatas.

Audiences were mesmerised but Richter didn’t appreciate their ardour. He never went back to the US and he didn’t like his recording of the Brahms 2nd Piano Concerto either. No one seems to know why, other that he hated committing any of his interpretations to record.

If there’s one overriding consideration, his hundreds of recordings have stood the test of time and most have never been out of print. This superb recording of the Brahms second – described by some as a Symphony in 4 movements with piano accompaniment – is, nearly 60 years later, refreshingly brilliant. Its remastering by HDTT is superb.