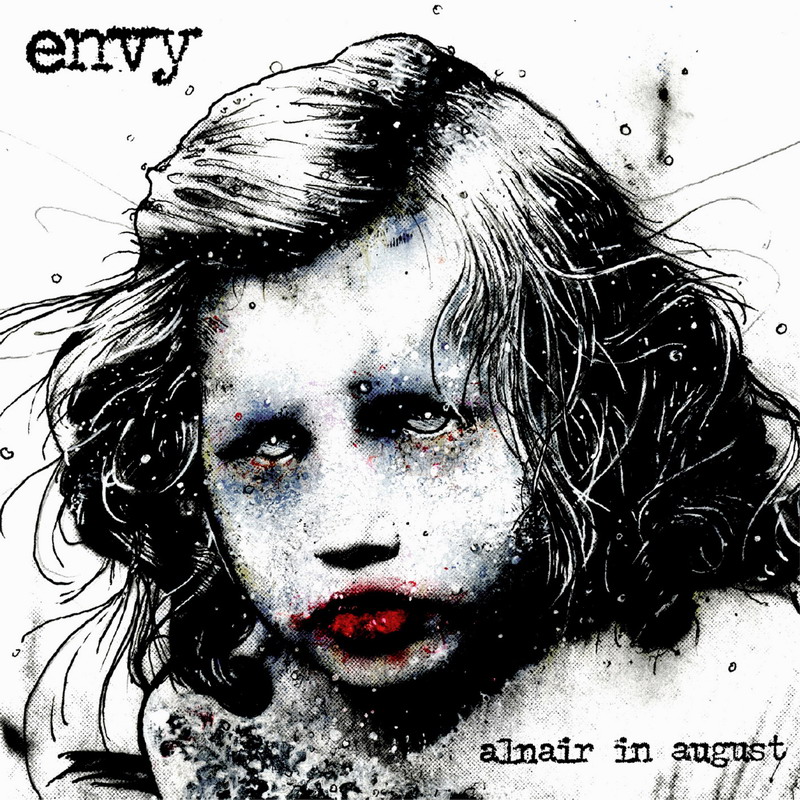 The new single from Envy – Japan’s most iconic and influential post-hardcore band – almost never happened. Following the most successful North American tour of their career – with Deafheaven in 2015, in support of their acclaimed album, Atheist’s Cornea – Envy returned home a deeply fractured group. The following two years were filled with both personal and creative struggles that often seemed insurmountable. After reuniting with briefly estranged singer Tetsuya Fukagawa, Envy severely shook up their lineup for the first time in their three- decade career, and now return with Alnair in August, the new two-song single that adds yet another ring to the band’s rich history of dynamic and melodic exploration. Hinting at what will come on their next full-length album, due later in 2019, the two songs here are vintage Envy, evolved: “Dawn and gaze” is a 7-minute triumph of ebb and flow that rivals the band’s strongest work, while “Marginalized thread” is a concise slice of cinematic thrash that recalls their landmark album, A Dead Sinking Story, with the increased focus on melodic resonance that has marked their later output.
credits