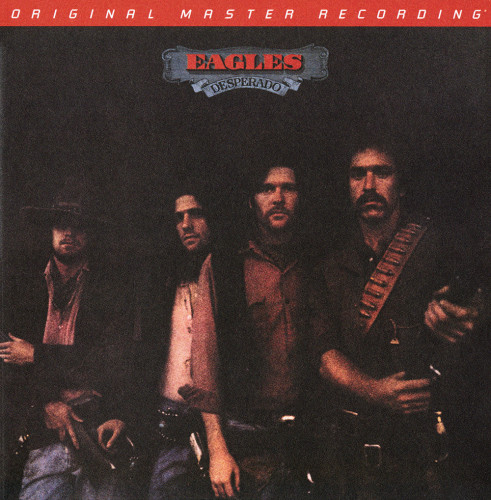 If Don Henley was the sole member of the Eagles underrepresented on their debut album, Eagles, with only two lead vocals and one co-songwriting credit, he made up for it on their follow-up, the “concept” album Desperado. The concept had to do with Old West outlaws, but it had no specific narrative. On Eagles, the group had already begun to marry itself to a Southwest sound and lyrical references, from the Indian-style introduction of “Witchy Woman” to the Winslow, AZ, address in “Take It Easy.” All of this became more overt on Desperado, and it may be that Henley, who hailed from Northeast Texas, had the greatest affinity for the subject matter. In any case, he had co-writing credits on eight of the 11 selections and sang such key tracks as “Doolin-Dalton” and the title song. What would become recognizable as Henley’s lyrical touch was apparent on those songs, which bore a serious, world-weary tone. Henley had begun co-writing with Glenn Frey, and they contributed the album’s strongest material, which included the first single, “Tequila Sunrise,” and “Desperado” (strangely never released as a single). But where Eagles seemed deliberately to balance the band’s many musical styles and the talents of the band’s members, Desperado, despite its overarching theme, often seemed a collection of disparate tracks – “Out of Control” was a raucous rocker, while “Desperado” was a painfully slow ballad backed by strings – with other bandmembers’ contributions tacked on rather than integrated. Randy Meisner was down to two co-writing credits and one lead vocal (“Certain Kind of Fool”), while Bernie Leadon’s two songs, “Twenty-One” and “Bitter Creek,” seemed to come from a different record entirely. The result was an album that was simultaneously more ambitious and serious-minded than its predecessor and also slighter and less consistent.