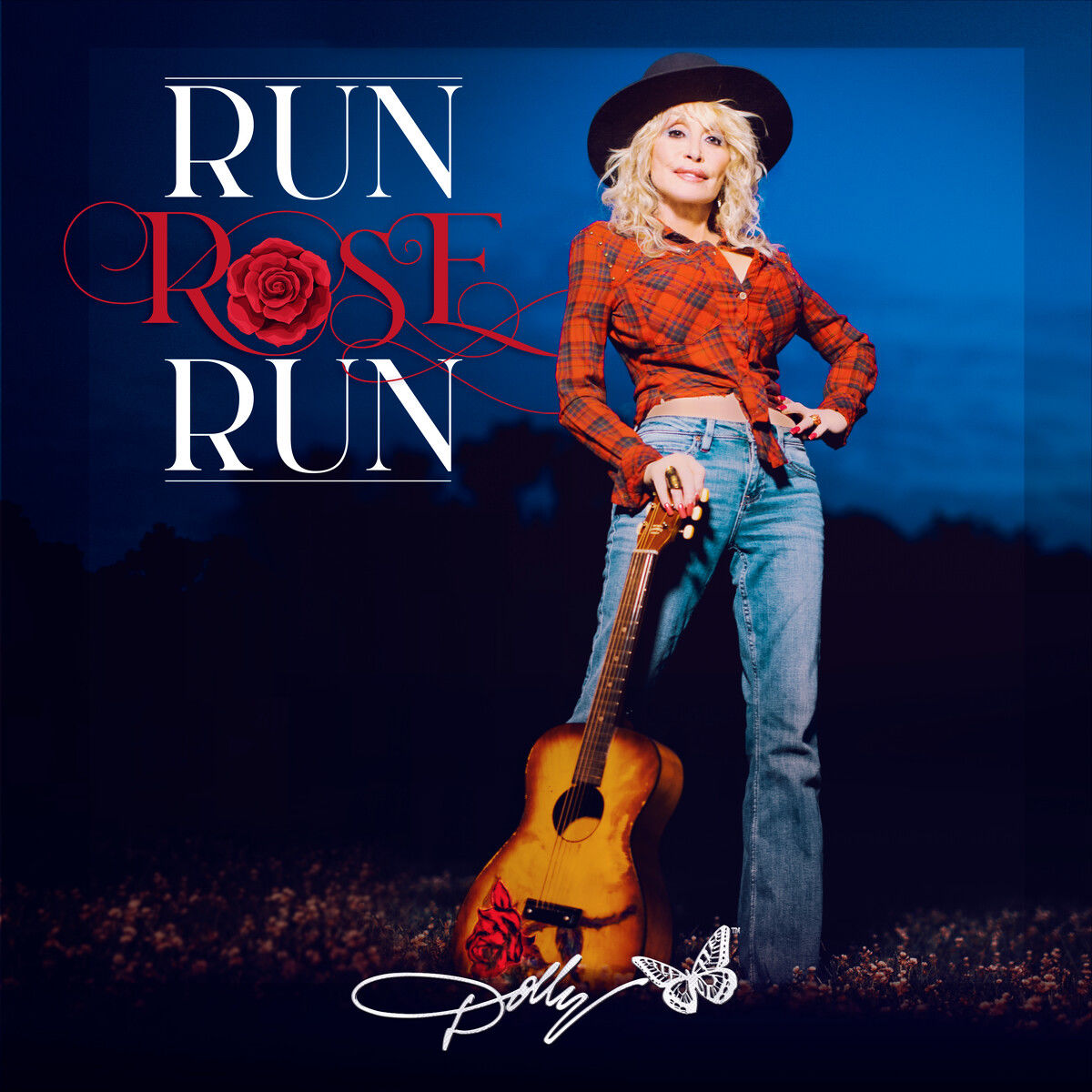 Dolly Parton tends to release records for a reason. Unlike her Seventies contemporary Willie Nelson, who, at a dozen years her senior, records albums for no other purpose than to suit his own whims, Parton’s release schedule over the past half-dozen years has largely served as an extension of her unceasing global brand: 2016’s Pure & Simple, her last album of adult originals not directly tied to a larger piece of Dolly multimedia, launched a worldwide tour and kickstarted the ongoing Parton revival. In the years since, there have been a series of kids records (2017’s I Believe in You), soundtrack albums (Dumplin’), and holiday collections (2020’s A Holly Dolly Christmas).

The latest Parton project is Run, Rose, Run, a bluegrass-tinged set of originals that serves, naturally, as a companion to the forthcoming mystery novel Parton co-authored with best-seller James Patterson. As a bonus add-on to the book, Run, Rose, Run works far better than anyone could hope for: the songs themselves, all written by Parton, are sturdy studies in traditional country, with several unexpected stunners. But Run, Rose, Run, which feels mired by its tossed-off production, falls short of thriving on its own terms as a studio album.

First, the highlights: This album shows off Parton’s dexterity — as vocalist and writer — in a wide range of country and roots styles, from the traditional Eighties-style duet “Demons” with Ben Haggard (Merle’s son), to the chilling Appalachian balladry of “Blue Bonnet Breeze,” to the fast-paced Stanley Brothers-indebted mountain music of “Dark Knight, Bright Future.” It’s a thrill to hear Parton, at 76, so firmly in command of her own artistry.

With more than 50 albums since 1967 under her belt, it’s remarkable how energized and even essential Dolly Parton sounds on Run, Rose, Run. Right from the start, the bluegrass stomp “Run” finds the 76-year-old vibrant on the breathless “runrunrunrunrunrunrunrun” chorus, fiddles sawing and percussion racing. It’s an anthem of liberation: “You want to keep the hounds at bay, don’t give up you’ll find a way/ Refuse to be controlled by anyone/ And the walls that you run into, break ‘em down you know you have two/ choices you can stay or run.” “Driven,” meanwhile, sounds like the hardworking, pioneering Parton’s ethos: “Driven to be smarter, driven to work harder,” she sings over hustling, bustling fiddle and drums, turning the lyrics into a cheer as she verbally claps out each word: “One! Thing! You! Can! Say! For! Me! I-I-I-I-I-I-I-I-I’m driven!” (She may be a hero now, but don’t forget she was underestimated as a dumb blonde for a long time.) Fiery “Snakes in the Grass” cautions about toxic people, Parton whispering the warning before she howls, “You better watch it, watch it!” The featherweight ode-to-young-love ballad “Blue Bonnet Breeze” turns shockingly gothic when the couple decides to elope to elude their disapproving families, only to die in a car wreck in a bluebonnet field. “Big Dreams and Faded Jeans” feels like the kind of sassy and flirtatious number Parton would’ve hit it big with on ’80s country radio, and you can hear her undeniable influence on The Chicks in the Appalachian bluegrass of “Firecracker,” which lives up to its name with spitfire fiddle, whirlwind banjo, a bit yodeling and even a jokey Elvis impression. “Tiny stick of dynamite,” Parton—who has stood up for gay and trans rights—refers to herself. “Standing up for all I am and all that I believe … Boom boom, bang bang, pow pow pow! … You can lose a finger if you’re pointing it at me.” As beloved as she is, Parton could have her pick of duet partners, so there’s something admirable about her choosing underdog artists she obviously really likes, such as Joe Nichols, who was supposed to be the next big Nashville thing in the early 2000s but bottomed out, battling drug and alcohol addiction. His baritone provides a rich support for her songbird sweetness on “Lost and Found,” while Ben Haggard joins her for the lightly Latin-inflected “Demons.” In his voice, you can hear an echo of his dad, the one and only Merle Haggard—who was so enchanted by Parton in the 1970s that he wrote “Always Wanting You” for her. (Merle’s wife later told Parton her husband was in love with the singer.) The one time Parton shows her generation is “Woman Up (And Take It Like a Man),” a honky-tonk track with the dated lyrics “Look like a woman, think like a man … Soft like a woman, strong like a man.” But it’s easy to skip that one and focus on the album’s abundance of positives. – Shelly Ridenour