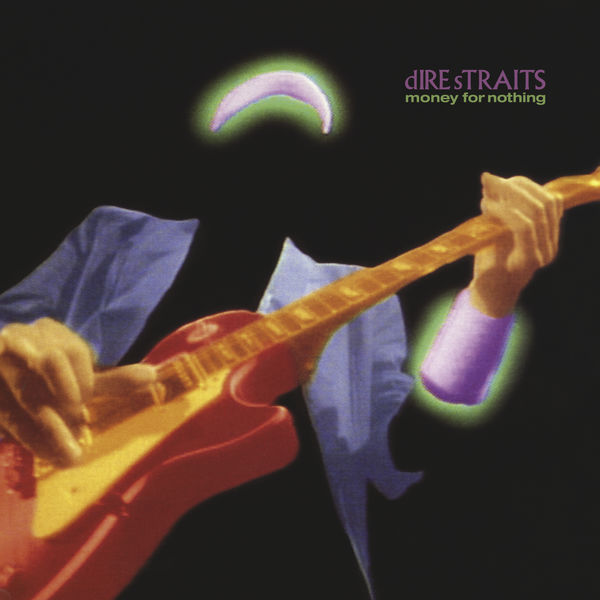 On June 17, the UMC/EMI label will reissue Money For Nothing, the first Dire Straits greatest hits collection (featuring songs from the band’s first five albums), which was originally released in October 1988. Newly remastered by Bob Ludwig, Money For Nothing will be made available in digital and double vinyl formats across the UK & the rest of the world on the June 17, 2022 & early 2023 in the USA.

Dire Straits straddled the globe with their sophisticated rootsy guitar rock wedded to literate story-telling lyrics. Emerging from the club and pub circuit in 1977, Dire Straits were led by charismatic Geordie singer-songwriter, record producer and composer Mark Knopfler.Released in late 1988, as everyone was waiting for the follow-up for Brothers in Arms, the 12-track Money for Nothing does an adequate job of summarizing hits and highlights from Dire Straits. Since the group only released one studio album after this compilation, and that really didn’t produce any blockbusters, Money for Nothing winds up being a pretty good career summary. Far from perfect, though: too many album rock hits, such as “Expresso Love” and “Skateaway,” are missing, plus there’re two live cuts and the new cut “Where Do You Think You’re Going?” doesn’t go anywhere. Discounting these, the remainder of the compilation does hit many of the big songs, relying heavily on Brothers in Arms. Sultans of Swing, the post-On Every Street collection, is a better overview, yet this still has enough of the best-known tracks to satisfy the majority of casual fans. – Stephen Thomas Erlewine