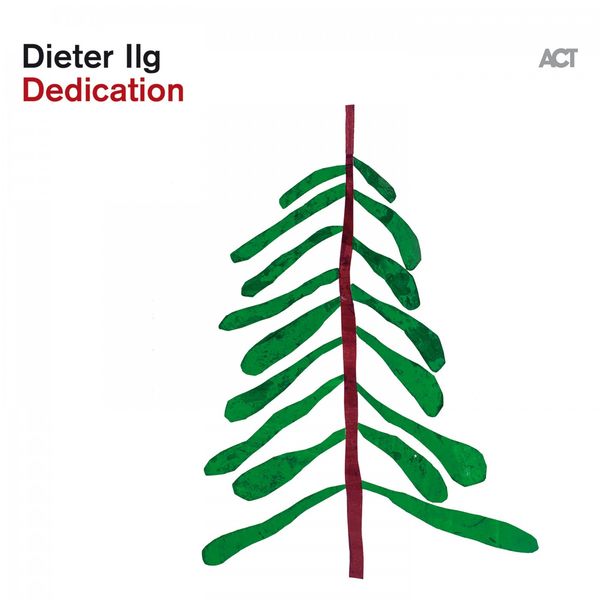 “Dedication” finds Germany’s renowned double bassist alone in the studio. For this recording, Dieter Ilg preferred not to pre-plan or pre-determine anything, but rather to create music in the moment in an intimate dialogue with his instrument. The idea might seem challenging but the results are totally compelling: Dieter Ilg’s solo album is a homage to people who have left their mark on him, to some fellow musicians, and to the strong imperatives that have made him the man and the musician he is. “Dedication” is a manifesto for the freedom of jazz and at the same time a declaration of the special affection he feels for his low-frequency friend and companion.

The album also bears witness to the unique accomplishments and experiences of this “pillar of the bass from Freiburg” (SWR) during the four decades of his career to date, which flow quite naturally into this album. A significant moment for Ilg came early on, when trumpeter Randy Brecker was so impressed by his playing that he invited him to join his quintet in 1987. That helped to establish Ilg’s reputation as one of the most sought-after sidemen in Europe, a role in which he has gone from strength to strength ever since, for example in Nguyên Lê’s trio, with Dave Liebman or alongside Trilok Gurtu, Dhafer Youssef, Nils Landgren, Rebekka Bakken, Thomas Quasthoff and many others. And there was the important role he played in significant chapters in the history of jazz in Germany, notably as a member of the Albert Mangelsdorff-Wolfgang Dauner Quintet, and his work with Till Brönner. Lastly, there have been his own groundbreaking projects such as the duo with the late Charlie Mariano and above all his own current trio with Rainer Böhm on piano and Patrice Héral on drums. This group has created some very fine albums building bridges between musical epochs and genres, notably the series from 2011 to 2017 in which jazz meets classical composers: Verdi, Wagner, Beethoven and Bach.

All this now culminates in “Dedication”. Ilg is a superb story-teller on the bass and has built a highly convincing narrative here, starting with “Rochade” dedicated to Johann Sebastian Bach. This is almost philosophical improvising on the Sonata No. 1 for solo violin in G minor. There is also a piece dedicated to Beethoven, inspired by the “Pathétique” sonata. Unsurprisingly, there are homages to some great figures in jazz who are important to Ilg too, such as hardbop icon Nat Adderley (“Altes Land”), bass revolutionary Charles Mingus (“Diversity”), German free jazz bass pioneer Peter Kowald (“Wupp”) and his erstwhile duo partner, Charlie Mariano (“Hamami”).

However, as Ilg always does, he has drawn inspiration from beyond the musical sphere as well. One of the most impressive pieces, the contrapuntal and fugal “Redemption”, spread over several tracks, is dedicated to his mother. And almost half of the album consists of invocations of big ideas and themes: the endangered planet in “Forest Kill”, a world of freedom in “Wanderlust”, a celebration of the haptic and the analogue – as opposed to the digital and inauthentic – in “Brave New World”, and the finiteness of everything (“No Manipulation, No Corruption”).

“I didn’t decide on either the people or the themes in advance,” Ilg says. And whereas the series of homages on “Dedication” might sound structured and very coherent, and despite the recurrent presence of familiar melodies, everything is based on improvisation: “What matters to me is to have the freedom to do what I think is right. In essence, life comes from movement. I like to be free of constraints, to be able to yield to the temptation of the moment and to let my double bass do the talking.” This is the credo which underlies Ilg’s work, and is what gives “Dedication” its magic. Through his technical brilliance, his refined intelligence, curiosity, experience and genius, these twelve pieces emerge gloriously. They owe their existence to a complete surrender to the moment; and yet they are also supremely and authoritatively timeless.