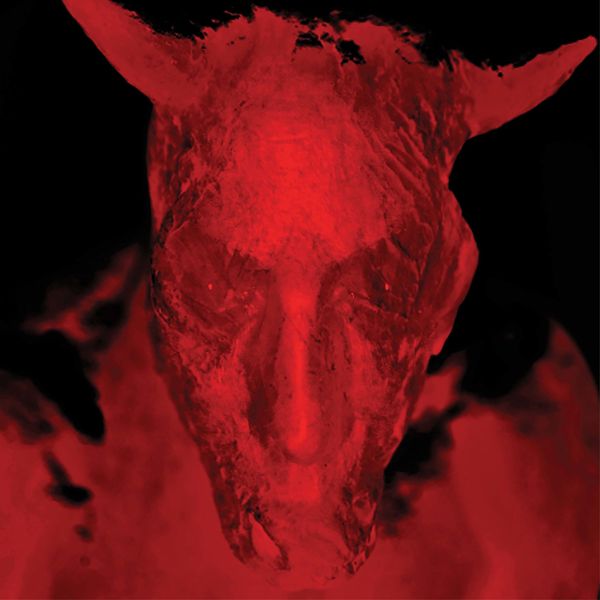 Composed in 2020 during the beginning of the Covid-19 pandemic, the first incarnation of the work was played as a sound installation at the Kapellen Leprosarium (Leper’s Sanctuary) in Hanover, Germany. This sanctuary was built around 1250 and served as a quarantine for those who suffered from the plague and leprosy in the Middle Ages.This first presentation of Broken Gargoyles featured verses by German poet Georg Heym, “Das Fieberspital” and “Die Dämonen der Stadt.” The work was finalized in 2020 in collaboration with the artist and sound designer Daniel Neumann. In “Das Fieberspital” Heym describes the horrific state of people suffering from yellow fever who live in paralyzing fear of death and swirling delirium owing to their brutal treatment and isolation in medical wards in early 20th-century Germany. “Die Dämonen der Stadt” also addresses such grim portents of World War I; in this poem, the god Baal observes (like a gargoyle) a town from a rooftop of a city block at nighttime and lets a street burn down during dawn.

Employing a vast array of advanced vocal and instrumental techniques, Broken Gargoyles is arguably Galas’ most intellectually, sonically and viscerally formidable work to date. The album finds the visionary artist deftly probing the weaving, warping transformation on the nervous systems of her post-traumatic soldiers and dying diseased. The album’s first part, “Mutilatus,” contains the Heym poems “Das Fieberspital” and “Die Dämonen der Stadt,” and concerns the suffering of the soldier in the trenches and during innumerable operations in the hospital.

“Mutilatus,” was originally recorded in 2012-2013 in collaboration with recording and mix engineer Kris Townes and serves as a welcome into a parallel world of doom and delusion foretold. Sustained, portentous low-end piano rumble and Galás’ solo and multiplied voices create evanescent masses of tonality and, pertinently, a resonant frequency clash or harmonic distortion. You can hear it and feel it: she is inside her subjects, as if to emphasize with the sweaty diffusion of the patients’ feverish minds. When this extraordinary introduction of “Mutilatus” recedes in an approaching chilly ill wind, Galás intones over subdued whining electronics, cawing birds, semi-human verbalizations and something somewhere between these things. Representing the doomed, their punishers and perhaps her listeners in all our delusional wisdom, she rasps out words, or the sound of words; the electronic whine rises and falls. Then piano, left-hand low, and “vocalese” so high in deliberately splintery disfigurement, which gives way to the piano’s pulsing beat-figure darkly looming over the hill amid a babble of human voices and dark clouds of ravens.

The often sisyphean sound throughout Broken Gargoyles plumbs great depths in the album’s second part, “Abiectio” (humiliation, dejection, despondency), which draws from the Heym poems “Der Blinde” and “Der Hunger” and the last verses of “Das Fieberspital.” Feedback moans over impending piano thunder, Galás rough-grain wheezes, bawls and howls. Multilayered voice becomes a flock of winged creatures. The effected vocal throngs reach out diseased limbs, mangled faces. Where humans become beasts become…A blind man is forced outside of an asylum to die, with the order “Look into the sun!” Galás makes the inference that the sun burns him alive. A man made delirious and dying through hunger and the sun (again) forces open the jaws of a hound in order to devour him and ends up falling into a dark crevice, where he disappears. The voice at the end of “Das Fieberspital” speaks as one with a burned throat might, through what sounds like an electrolarynx –– again a herald to fire, dehydration. This part of the poem observes the patients laughing in derision and delirium at the priest who approaches the bed of a man dying of yellow fever in order to give him the Last Rites. The dying man impales the priest with a stone he had been sharpening.

The album’s title references Krieg dem Kriege!, a photographic book by the German anti-militarist Ernst Friedrich from 1924 documenting the atrocities of World War I, including the album’s nominal “broken gargoyles,” which is how the facially maimed soldiers were termed by their hospital keepers; the disfigured soldiers also had to wear metal masks to better hide their monster faces –– blown apart by shrapnel, burned by mustard gas and further mutilated by medical “researchers” –– from public view.

Who is the beater and who is the beaten? What about the pain of the punisher? Galás stirs the damaged minds of the hospital surgeons and guards with the victims’, obscuring her cries as the pain ebbs and flows, panting or pummeling. She creak-croons as each party to this disaster would, sinister though not altogether cruel. Her piano’s stout low end comes down like a jail door; her voices hover, theremin-like. Her people, her “characters,” ascend and descend, haltingly reharmonizing, weakly but determinedly pushing forward toward their demise, or what their fates have in mind for them. Galás’ highly original use of studio effects and electronics melts down to amplify and ambiguize her soundstage, its storm clouds of sonority tormenting, perhaps comforting a roomful of zombified mummies surrendered to those who likely regard them as hunks of meat to root around in like hogs, to wade through like puddles of putrid chaos.