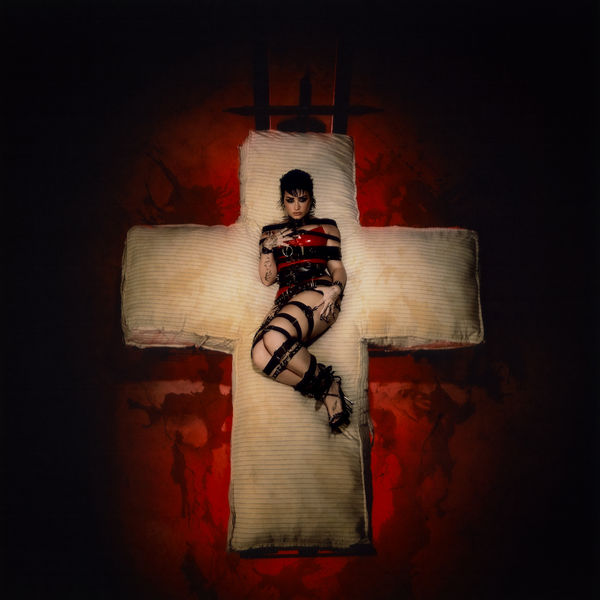 Grammy-nominated global superstar Demi Lovato’s 8th studio album, ‘HOLY FVCK’, released on Friday, August19, 2022. The 16-track albumis a sonic journey grounded in Demi’s rock and pop-punk roots and illustrates an earnest yet tongue-in-cheek retrospective of their life experiences. The album follows Demi’s critically acclaimed seventh studio album, ‘Dancing With The Devil… The Art Of Starting Over’, which debuted at #1 on the Billboard Album Sales Chart and #2 on the BillboardTop 200 Chart.Holy Fvck is an absolute blast. True to the title, the most natural response to this stylistic pivot from erstwhile pop star Demi Lovato is one of shock and pleasant surprise. After years of headlines threatened to overshadow their musical output, it might be easy for detractors to be cynical about Lovato riding the pop-punk resurgence of the early 2020s. But Holy Fvck is so much more than trend-chasing: it manages to sound more authentic than anything they’ve done to date. Pissed off and throwing care to the wind, Lovato fully embraces this rebirth through jagged riffs and sticky leather, tackling gossip, trauma, mortality, and addiction with a snarl and a fist. Addressing critics and detractors, Lovato declares, “I came from the trauma/Stayed for the drama” on the lurching Flyleaf-esque opener “Freak” with fellow punk revivalist Yungblud. That “f*ck it” attitude pummels listeners on cuts like the raunchy “City of Angels,” a quotable ode to reckless sex that channels Avril Lavigne-style pop-punk, and “Skin of My Teeth,” an open confessional of their struggles with rehab and addiction that slaps together Celebrity Skin-era Hole, a shiny pop chorus, and a robotic Lady Gaga-stylized vocal bridge. That unflinching honesty abounds from start to finish, both in the form of frustrated kiss-offs (like the metalcore-meets-Muse attack of “Eat Me” with Royal & the Serpent) and raw reflection, with death looming over tracks such as the reflective “Happy Ending,” which recounts their 2018 overdose, and “Dead Friends,” which laments those who succumbed to their addictions. The most attention-grabbing moment arrives on “29,” a scathing takedown of a past relationship with eye-popping lyrics like “Too young to drink wine/Just five years a bleeder.” While much has been made about a “return to form” in the vein of early albums Don’t Forget (2008) and Here We Go Again (2009), Holy Fvck rockets way beyond those relatively innocent pop-rock teen moments. “Heaven” stomps and pogos with glam scuzz bounce, while the turbulent “Bones” and Halestorm-sized “Help Me” propel the latter half of the album with driving rock sleaze courtesy of Los Angeles trio Dead Sara. For fans in search of less raucous material, Lovato pushes their vocals to the rafters with soaring midtempo power rock ballads such as “Wasted,” “Come Together,” “Feed,” and “4 Ever 4 Me,” rousing singalongs that could easily fit on a Kelly Clarkson or P!nk album. In the face of doubt and criticism, Lovato nails this drastic image shift. Whether it’s a genuine transformation or just a brief exercise for the pop chameleon, the triumphant Holy Fvck is a refreshing change of pace and an utter thrill to experience for those willing to look past the headlines into the heart of an artist who continues to grow in the public eye. – Neil Z. Yeung