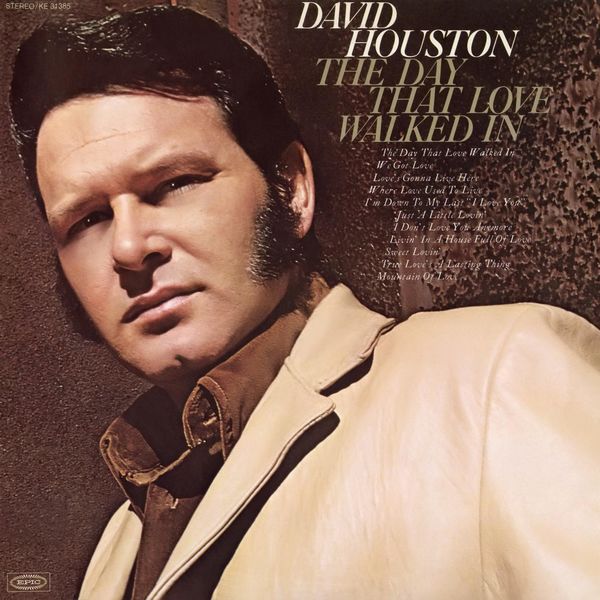 Born and raised in Bossier City, Louisiana, country singer David Houston — whose lineage included Sam Houston and General Robert E. Lee — became a regular on The Louisiana Hayride as a teenager. Apparently his soaring tenor voice wasn’t totally appreciated; he found trouble getting work in the music business, and ended up as an insurance underwriter. But record producer Billy Sherrill brought Houston into the fold when Epic Records was still a young label (the early ’60s), and Houston brought the company its first real hit with “Mountain of Love.” In 1966 he broke through to major status with “Almost Persuaded,” which netted a pair of Grammy Awards and brought pop recognition as well. A member of The Grand Ole Opry since 1971, he racked up 28 hit records over a decade, including duets with Tammy Wynette and Barbara Mandrell. David Houston made his last appearance on the show on November 6, 1993; later in the month he suffered a ruptured brain aneurism and remained in a coma for five days until his death on November 30. ~ Tom Roland