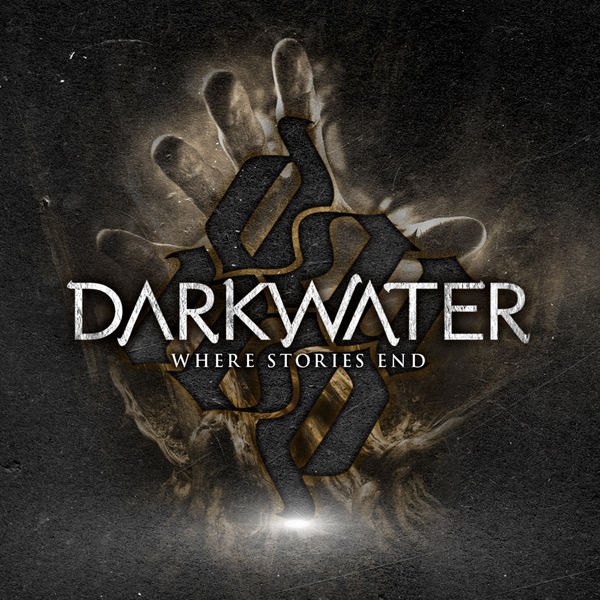 Darkwater is one of those bands where, even though they don’t bring anything revolutionary to their respective genre, they still manage to be incredibly impressive. Where Stories End is the second album from this Swedish group, and impressive it is! Every song is filled with hooks that grab you from the very beginning and depth that will keep you coming back for more and more. Sweden is a nation filled to the brim with superb progressive metal bands – I think it’s time to put Darkwater up there with the best of the best. Lush keyboards, chugging guitar riffs, and soaring vocal harmonies all paint a perfect landscape on Where Stories End. Although there are a few small setbacks on this album, they are paled in comparison to the positives to be found in this hidden gem. There have been a lot of great progressive metal albums in 2010, and this is surely among the best of them.Darkwater plays traditional progressive metal in the vein of Fates Warning and Dream Theater, and to a lesser extent, early Pain of Salvation and Queensrÿche. No, this isn’t the most unique list of influences in the world, but it definitely works. Darkwater’s sound is modern and fresh, yet still pays homages to some progressive metal classics. There’s a lot of synths on Where Stories End, which can be or a good thing or a bad thing, pending on your own tastes. I personally really like the keyboards, but I can understand them sounding “cheesy” to some people. I think they sound great, however. There are 9 songs on Where Stories End, and all of them are terrific. My favorite is probably Why I Bleed. I absolutely love the chorus to that song. Every song is noteworthy, though. Without a Sound is also a really cool track.

The musicianship is terrific. An interesting little thing worth noting is the presence of Simon Andersson (ex-Pain of Salvation) on bass due to the departure of Karl Wassholm. Henrik Båth’s vocals are fantastic, and one of the highlights of Darkwater for me. He simply has a great tone and terrific range. Magnus Holmberg’s keyboards add just the right amount of atmosphere into Darkwater’s music, allowing for Markus Sigfridsson to provide heavy riffing or terrific solos. Tobias Enbert’s drumming is on the simpler side for a prog metal album, but that doesn’t mean it’s any less enjoyable. He does a great job as well.

The production is a bit too raw at times, but it generally sounds really good. Thankfully, this isn’t one of those annoying over-produced prog metal albums.

I was really surprised by Where Stories End. I was expecting an average progressive metal album, but it turned out that this is actually excellent. If Darkwater could develop a slightly more distinguishable sound, I could see them becoming one of the bigger names in prog metal. As it stands, this is one of the best prog metal albums to come out this year. If you like the genre and are looking for a really great modern release, Where Stories End should be high on your priority list. This is a BIG 4 star rating from me.