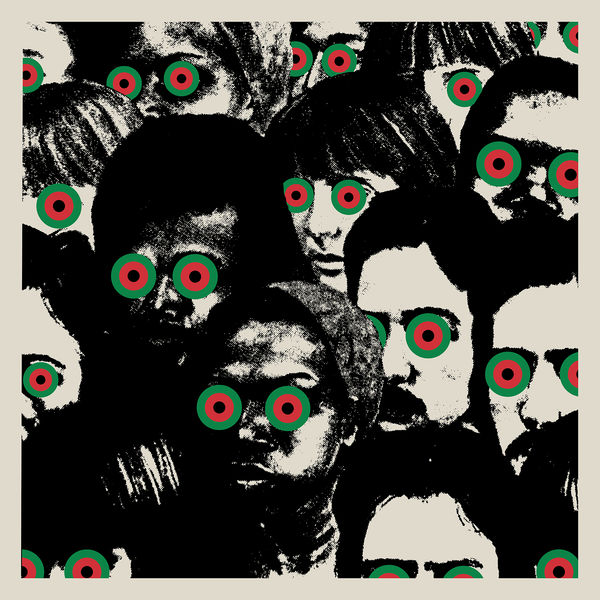 Cheat Codes is Danger Mouse’s first hip-hop album in seventeen years – since his 2005 DangerDOOM collaboration with the late, great MF DOOM – and Black Thought’s only full length collaboration beyond his pioneering music in The Roots. On No Gold Teeth, Danger Mouse’s soulful, freewheeling production serves as the perfect backdrop to Black Thought’s metronomic, pin-sharp and chorus-free lyrical deluge. The result is a dizzying, thrilling opening single from two of contemporary music’s most respected artists.

The natural chemistry between Brian (Danger Mouse) and Tariq (Black Thought) comes through in the ease with which the artist and listener move through this album. Moreover, it’s an album untethered to any genre, era or trend — uncategorizeable and timeless. It is the sound of the pair observing their own culture and asking questions they still may not have the answers to.

Brian Burton (AKA one half of Gnarls Barkley, Broken Bells, and Karen O and Danger Mouse — and universally regarded as the most versatile producer in modern music) has found a formidable new partner in the incomparably prolific rapper Tariq Trotter – rapper, MC and co-founder of The Roots, film and theater actor, producer, writer or, as Hypebeast sums up: “one of the best lyricists in hip-hop history.”Brian Burton was a teenage Roots fanatic — so eager to own but too short on funds to buy his beloved band’s Do You Want More?!!!??! that he paid an acquaintance to lift a copy for him. A decade later, Burton had become Danger Mouse, an ascendant producer with enough clout and confidence to seek lead Roots MC Black Thought for a collaboration. Mouse and Thought meshed and recorded demos for a potential LP. Other projects then took precedence. Thought reached out to Mouse after another 11 years passed, in 2017, and over the next year, the two laid down much of what materialized in 2022 as Cheat Codes. Given the project’s genesis before the rapping half’s 2018-2020 solo trilogy, it stands to reason that Cheat Codes isn’t billed as Streams of Thought, Vol. 4. It’s also of an even higher concentration. Returning to sample-based production, Danger Mouse favors ’60s and ’70s psych, prog, and soul recordings that are moody, trippy, and sometimes eerie. The crisp if soot-coated drums, smeared strings, moaning organs, and gnarled guitars are all very compatible with Thought, who scythes through it all with unparalleled wordplay delivered with surgical precision. The guest appearances are superfluous more often than they are truly complementary. Representing the latter, MF Doom (recorded post-Danger Doom) shuffles into place on “Belize” with such ease that he sounds like part of a longtime trio. Michael Kiwanuka sets up “Aquamarine” — one of two tracks that also reconnects Mouse with fellow Kiwanuka producer Inflo — by crooning a grave hook that leads to some of Thought’s bleakest and most authoritative statements. They pivot from lines ending with “bullion,” “Suleiman,” a racist epithet, and “depression” to “I’m a king, I’m dipped in God’s Black complexion.” Some stellar outside contributions notwithstanding, Cheat Codes stimulates most when Mouse and Thought are sequestered, allowing the latter to leave space only for the occasional instrumental break or rare prominent sampled vocal. The title track is an unremitting torrent of high-alert reality checks like “Shit, it’s real when you done lost your last feeling/Jump then bounce back off the glass ceiling/Back to stealing, to Xanax and smack dealing.” “Violas and Lupitas,” which could triple in length without losing its transfixing power, ends the album with a grand flourish: “Go ask them about the gatekeeper, world leader/Kill shit quicker than Usain could run a hundred meter.” Quotables such as that, over a production that skillfully combines opulence and grit, prove that the duo fulfilled their plan right on time. – Andy Kellman