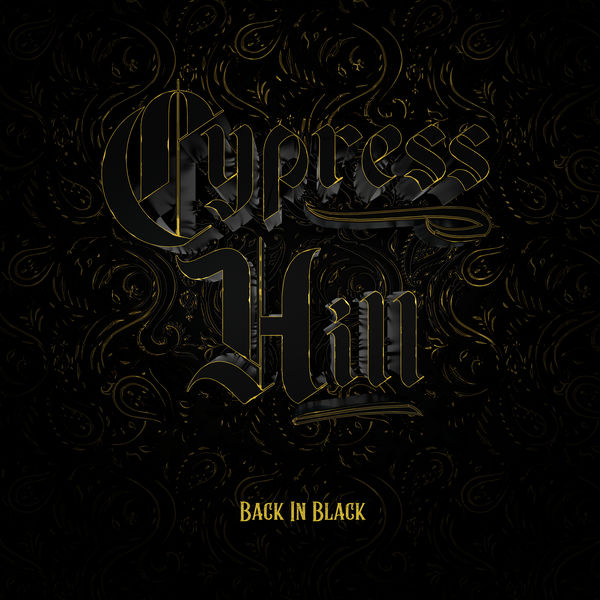 Cypress Hill shifts culture. Since releasing its eponymous debut album in 1991, the California rap group has regularly revolutionized rap. B-Real and Sen Dog’s innovative lyrics, distinctive voices and poignant street-centered subject matter catapulted the group to superstar status. Its first LP sold more than 2 million units and its second album, 1993’s Black Sunday, pushed another 3 million units thanks to the Grammy-nominated singles “Insane In The Brain” and “I Ain’t Goin’ Out Like That”. Along the way, Cypress Hill earned a star on the Hollywood Walk of Fame, sold more than 9 million albums, and were nominated for three Grammy Awards. During a time increasingly defined by singles of the moment, rappers B-Real and Sen Dog wanted to make a statement by releasing an album. Back in Black, the group’s tenth studio project, finds the group flexing its musical muscles and pushing itself creatively. With a mesmerizing mix of celebratory, confrontational, inspirational, reflective, and rugged songs, Cypress Hill shines throughout Back in Black. Entirely produced by Black Milk (Slum Village, Lloyd Banks, Pharoahe Monch), the LP is an homage to Cypress Hill’s return and its collaboration with Black Milk.

The seminal West Coast rap group return with their tenth album, the follow-up to 2018’s Elephants on Acid. Descibed as a “return to their roots,” it’s a straight-up hip-hop “joint” with no trace of rock. It hosts features from Demrick and, on the dark, political pre-release track “Bye Bye,” Dizzy Wright. – John D. Buchanan