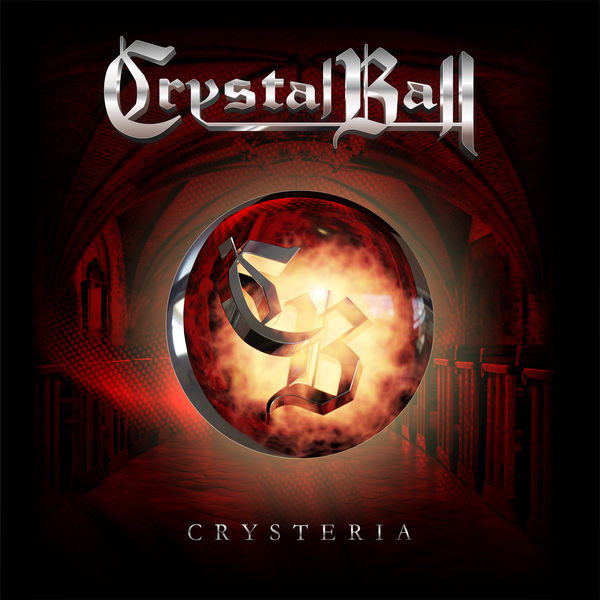 Crystal Ball are entering their third decade. In a fast-moving world, this is certainly a sign of passion and quality. The five Swiss stand exactly for that and have with ‘Crysteria’ a new album in the starting blocks.

After ‘Crystallizer’ found its way into the record stores four years ago, it is now ‘Crysteria’, the eleventh album, with which the band consequently continues their way. Lively hard rock with a good instinct for melodies and riffs, that’s what Crystal Ball have committed themselves to. Speaking of writing, the band has used the Corona time to work on plenty of material. More than 30 songs formed the base for the album, which contains the eleven best. Since the band welcomed a new guitarist, Peter Berge, a few new ideas came on board too, which had a refreshing effect on the songwriting.

One of the songs which already attracts attention by the guest contribution is ‘Call of the Wild’. No less than Ronnie Romero enriches the song with his voice. Despite all the quality, the song is also a tune that you have already heard several times in a similar fashion. The sparking element is missing. Overall, Crystal Ball are too much in the known and you can get the impression that the album is rather designed to be on the safe side. Even if it doesn’t always have to be the big innovations, it’s the unexpected moments that are the added spice. More songs like the partly throbbing title track wouldn’t have been a bad decision.

‘Crysteria’ is a good album, even if I must admit that my expectations were higher. An entertaining value can’t be denied and songs like ‘Make My Day’ spread a good mood. Overall, however, Crystal Ball has released better albums. Still, it’s worth checking out the album.