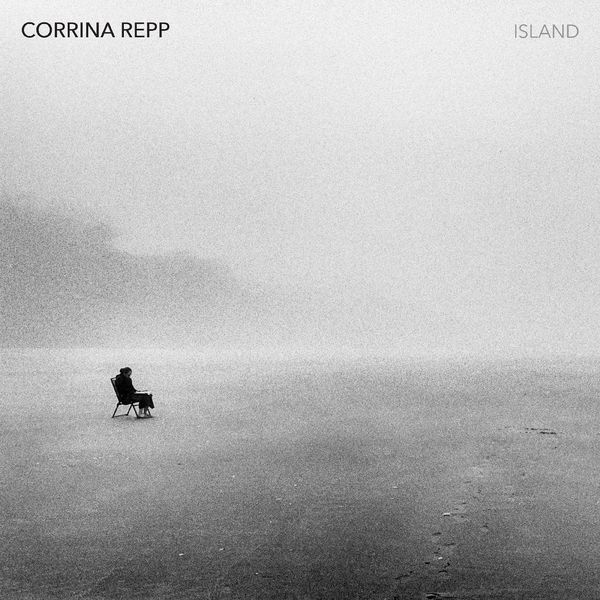 From the earliest, unknowing days of the pandemic sprang Corrina Repp’s seventh solo album Island. Resonant and resolute, the album is suffused with peaceful energy, touching on universal themes while existing as a document of Corrina’s inner life during that time. Contemplating solitude amidst isolation with openness and radiant assurance, Island seems to make the claim that to be alone is not always to be lonely. In fact, it can be empowering. For as much as these songs are marked with a melancholic touch, they are also infused with the patient optimism that can only come from years spent pursuing one’s artistic passions, devoted to a life lived on one’s own terms.

Island marks Corrina’s first time writing and recording an entire album by herself, in her own home, without an engineer or the spoils of a studio at hand. Hyper-focused due to these limits, she drew on her natural strengths of voice and guitar, resulting in songs even more markedly intimate than her previous work. The music of Island spans everything from haunting folk to exploratory guitar to cinematic pop, with Corrina’s voice and instrument taking turns sharing center stage. In Corrina’s sparse yet emotive way, Island calmly presents a score for our everyday lives that is as elegant as it is frank in both form and substance.

Critically acclaimed guitarist and singer/songwriter Corrina Repp is now based in LA, but she came up in Portland, Oregon in the late ‘90s, carving out a space as she developed her sound. (A sometime actress too, she’s also known for a recurring role on Portlandia.) She has previously released records on HUSH Records and Caldo Verde Records. She was also a member of the experimental indie rock band Tu Fawning. In 2018 she released How A Fantasy Will Kill Us All.