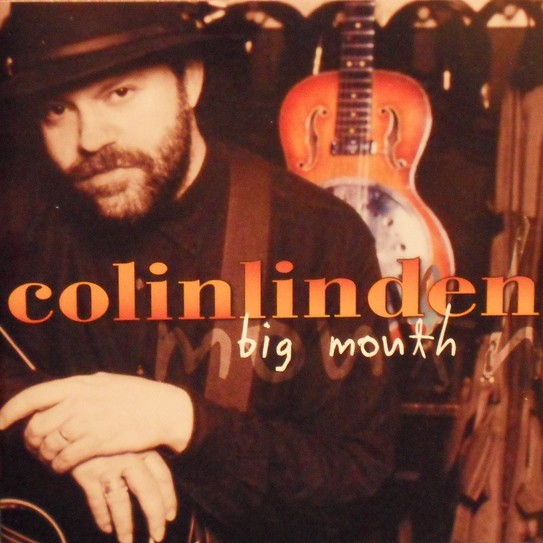 Canadian singer/songwriter Colin Linden has been delivering his own blues-oriented rock since the early ’70s. One fine thing about his “Big Mouth”: It is not a collection of 15 tracks, with the best two or three at the beginning. The quality is consistent throughout – there are no real clunkers and some of the best tunes are at the middle and end. If you are a listener who lets a disc fade into the background after a track or two, you’ll want to start this one in the middle now and then.

This disc from Canadian Colin Linden returns to the more acoustic feel of his earlier recordings. It is still plugged in and he uses many of the same players from his last two discs, yet it is still a subtler disc that maintains the fiery intensity for which he is known. His songwriting remains strong here, and he either wrote or co-wrote 14 of the 15 songs presented here. He is more than ably backed here by his longtime substantial band of Gary Craig, John Dymond, and Richard Bell. Their work is highlighted by special guests/friends Bruce Cockburn, Keb’ Mo’, Lee Roy Parnell, and Lucinda Williams. It is just a sheer delight to hear Linden and Lucinda Williams play off each other on this unadulterated romp, “Don’t Tell Me.” On this disc he displays his full range of influences in a total synthesis, from the electric and acoustic blues work across and through the highways of the Continent to the Nashville twang that is infiltrating his sound. Make no mistake, this is a substantial, honest disc that is sustained and heightened by Linden’s voice and guitars, with the wonderful collaboration of John Whynot.