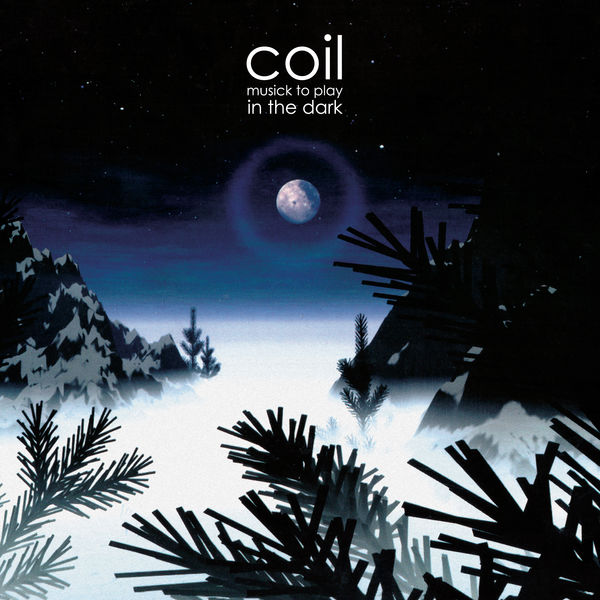 From the opening pairing of “Are You Shivering?” and the gorgeously titled “Red Birds Will Fly Out of the East and Destroy Paris in a Night,” it’s apparent that Coil was making a return during 1999 that would prove to be as influential on the post-industrial scene as its 1984 debut, Scatology. The group never really went away in the ensuing period, of course, but had maintained a cult status underground for the better part of the ’90s. The duo consistently produced stunning albums, but the recordings were often in scarce limited editions that usually reached only hardcore fans. The Musick to Play in the Dark CD and LP were available through mail order only, and featured the core duo of Peter Christopherson and John Balance joined by collaborator Thighpaulsandra. The CD is the first full-length album Coil released on its own Chalice label as a subscription only release. Later in 2000, the album was thankfully re-pressed by Word Serpent, assuring wider availability. The album is a masterpiece of the caliber of the classic ’80s trilogy Scatology, Horse Rotovator, and Loves Secret Domain, which gave Coil the highest stature in the post-industrial music scene as one of the most inventive, original, and courageous groups of the genre. Musick to Play in the Dark is an utterly mesmerizing work, and is nothing short of brilliant. The album’s scope takes in the music of the ’90s, the bleak digital processing and glitch music (Oval, Coh, and Nurse With Wound all spring to mind), but here these often sterile sounds are married to a human warmth that is inimitable Coil – a sound that carries through the group’s career as one of the most distinctive in the post-industrial canon. Along with the essential Coil ’80s recordings, Musick to Play in the Dark cannot be recommended highly enough. It represents a chapter in British music that goes beyond the term industrial and into untapped realms of experimentation that place Coil, along with Current 93 and Nurse With Wound, among the ’90s British groups more deserving of attention than their obscurity may ever permit.