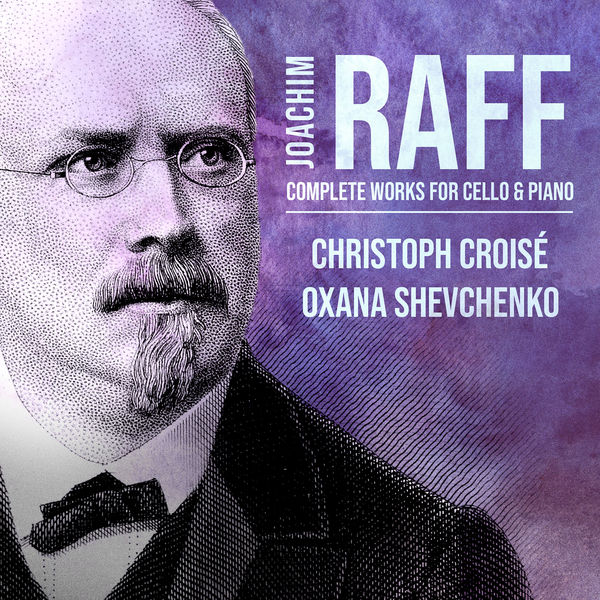 The beautiful, lyrical music of prolific 19th-century Swiss composer Joachim Raff was widely performed during his lifetime but is relatively under-represented today. Who better than Christoph Crois, Raff’s modern day compatriot, to breathe new life into the composer’s complete works for cello and piano.

Raff’s chamber music, and especially his works for cello, were among his most notable achievements. Having established a career in Germany in the mid-1850’s, Raff encountered the eminent cellist Bernhard Cossman whose mastery of the instrument inspired the composer’s rich Romantic oeuvre. Christoph, who has “got it all technical chops, impeccable musicianship” (Gramophone), puts a fresh, 21st-century spin on Raff’s memorable music resulting in this benchmark recording.

Lauded for ‘delicate yet virtuosic’ playing (BBC Music Magazine) and ‘seamless subtleties of tone colour’ with ‘plenty of edge’ (The Strad), Swiss-French-German cellist Christoph Croise is quickly building an international reputation as one of the most captivating young concert soloists to emerge in recent years.

Oxana Shevchenko is internationally recognized as a pianist of outstanding artistry, sensibility, and versatility. She is equally in demand both as a soloist and as a chamber musician. Critical acclaim for Christoph Crois – The Solo Album (AV2466)

“an emotional thrill ride that testifies to the power of the cello when placed in the hands of a gifted virtuoso” (Strings) AV2466 The Solo Album AV2410 The Russian Album AV2402 Haydn & Vivaldi Concertos.