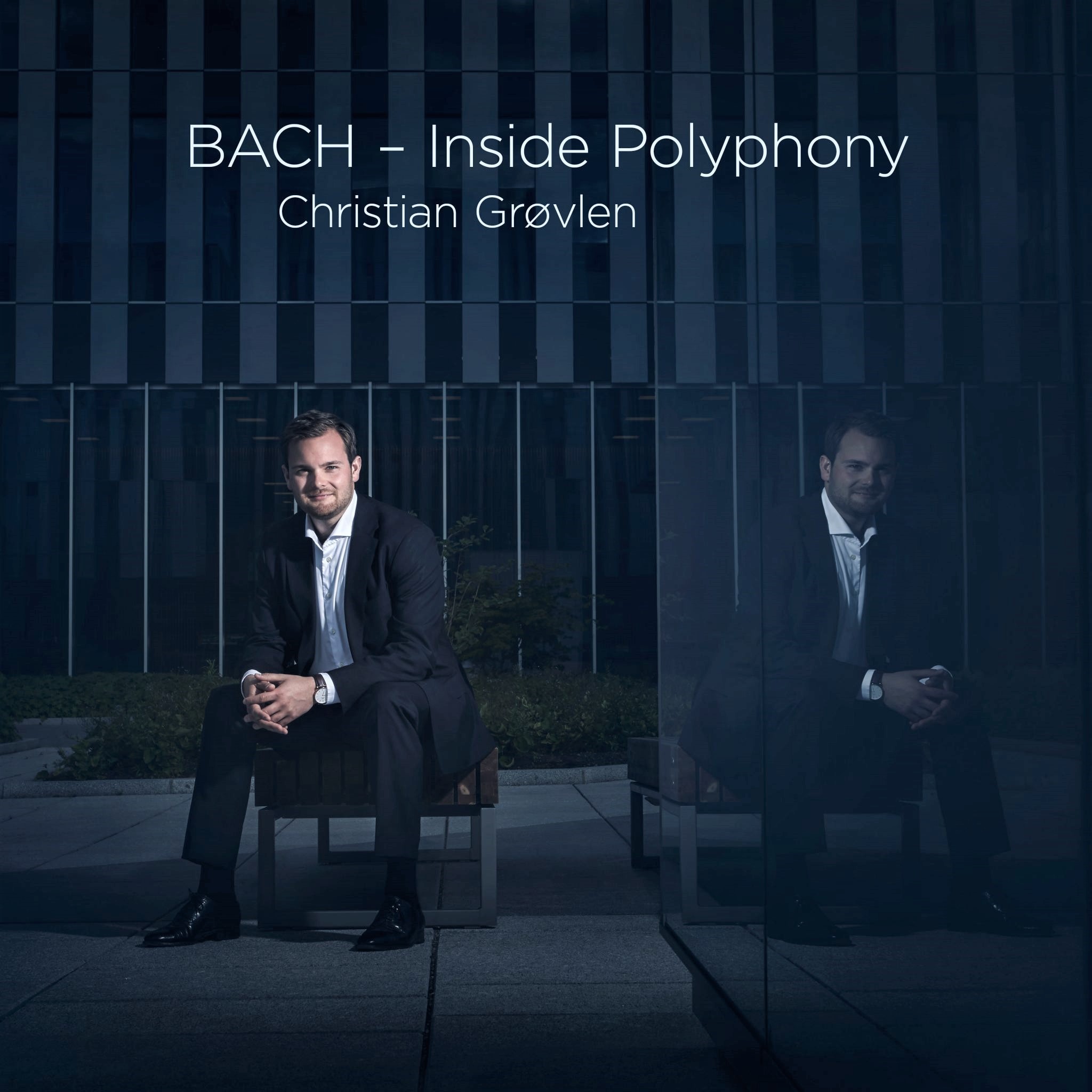 In this project “Bach – Inside Polyphony” Christian Grøvlen approach the composers rich and moving world from the inside, not only spiritually, but also in pure sound. He set out to color each voice intimately and through the recording process to come as close to the polyphony as possible. With this work he has opened new doors towards the communicative power of the music itself, the understanding of his own piano playing and aspects of his artistry and personality. All in order to present this magnificent music as clearly and honestly as possible for the listener to take part in.

“This project has taught me many things – most importantly, to listen. The smallest detail becomes amplified through the microphones. Recording Bach has brought me a new understanding of my playing, of the music and of the pianistic realm. It was not so much a feeling of reaching a goal, as of being given a brand-new starting point, and a greater horizon. Bach is generous, perhaps more so than most composers. Everything is there, each note carries a specific meaning within a complete whole – all we have to do is play, and listen. To do that, to play and to listen, is the very essence of our art and the most difficult thing to achieve. For me, working on this felt like a return and a departure at the same time – a complete circle, as if I were finally saying what I had always thought. I am very grateful for the experience, and I hope the result can bring joy to others as well.”
– Christian Grøvlen, piano

Press reviews:
Audio Review
On Bach “Inside Polyphony”, we get a superlative recording from 2L with pianist Christian Grovlen. The album is available to download in state-of-the-art two and five channel DXD and DSD formats.
On the album, we find a refined reading that offers ample piano expression, details and rhythms, with a timbropianistico of excellence by a recording that even in two-channel proves a reference for the recording of this instrument. Christian Grovlen is the interpreter and the program contains Chromatic Fantasy and Fugue, some “Symphonies”, the French Suite n. 3 and Paritait n. 5.
It is a small compendium of Bach’s keyboard production. After careful listening, the album’s surprise is the naturalness of the recording that with “soft” and “captivating” tones, offers the mosaic texture and the most elaborate counterpoint without veils. A transparent window on the partiture that protects us from extravagance. Good listening indeed.
Marco Cicogna

Klassiskmusikk 5 out of 5
2L makes bold claims for this recording. They suggest that we can expect something revolutionary, perhaps as innovative as Glenn Gould’s approach was to Bach in his day. I can have to confess that I am not entirely persuaded that Christian Grøvlen lives up to the claims of their intro. But taken on its own terms, just as music, there’s no arguing that there’s some wonderful playing here.
Grøvlen has a warm, rounded tone, helped by 2L’s luminous recorded sound. The clarity of the counterpoint is indeed remarkable. Grøvlen plays with immense calm and poise in the slower movements and with a dancing lightness in the more jovial ones. It’s the kind of musicianship you will reach for when you come in from a hellish day at the office. It will iron the stress out of your day.
Martin Anderson

Audiophile Sound Italy
When it comes to Bach’s keyboard works transscribed for piano, one is almost always faced with two possible types of readings. One that intends to ‘clear the piano’ as an ideal instrument to perform the music of Bach and the other that tries to mediate the piano as the last link in a chain that originates from the harpsichord and clavichord and which inherits from these latter two the constructive and emotional tensions of the expressed sound.
The approach chosen by 27-year-old Norwegian pianist Christian Grovlen to record this work dedicated to ‘Polyphony Bach’ is the first type of reading. His piano performance gives way to sonorities capable of enhancing the phrasing and the ‘polyphonic encounter’ present in the works performed here (the Chromatic Fantasy and Fugue in D minor, the Symphonies, the French Suite No. 3 and the Partita No. 5).
The result is really interesting both in conception and in its realization. It puts Christian Grovlen as an interpreter par excellence among those who belong to the latest generations of pianists.”
Andrea Bedetti

Recorded in Sofienberg Church, Norway
November 2016 by Lindberg Lyd AS