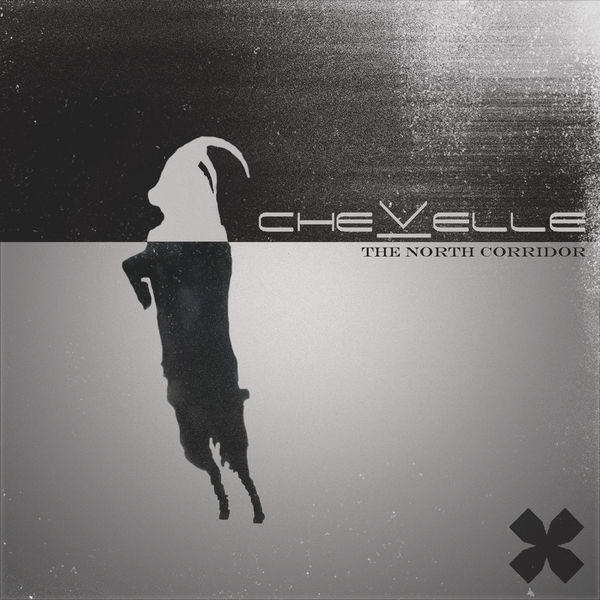 Keeping the spirit of ’90s rock alive, Chevelle pummel with The North Corridor, their heaviest, darkest, and most aggressive effort in over a decade. Produced by Joe Barresi (Tool, Kyuss, Queens of the Stone Age), their eighth LP resides somewhere in the territory occupied by their 2002 breakthrough, Wonder What’s Next, and their previous release, 2014’s La Gárgola, adding contemporary flourishes that help elevate Corridor above their more by-the-book modern rock efforts. As always, comparisons to Tool persist. However, while the two bands evolved into vastly different beasts after their breakthroughs, vocalist Pete Loeffler still sounds a lot like Maynard James Keenan. Since their debut, Chevelle have always sounded like they were on their hundredth copy of Tool’s debut, Undertow (and it’s certainly still the case here), but they incorporate plenty of other influences into their seasoned and tightly executed delivery. Here, the restrained atmospheric dread of Deftones circa White Pony gives Corridor a wonderful sense of unease, while some feral edge similar to Muse circa Absolution and Black Holes & Revelation spices things up. Lead single “Joyride (Omen)” is a perfect example of that stylistic triumvirate: kicking off with a “Hysteria”-worthy riff, the track splits open, snapping the Deftones aura with furious screams. This brutal, all-out aggression carries much of the album: “Door to Door Cannibals,” “Enemies,” “Young Wicked,” and “Got Burned” are ready-made mosh pit igniters, propulsive and visceral. Aside from those physically satisfying highlights – credit goes to Sam Loeffler’s intense drumming and Dean Bernardini’s bouncing bass – a handful of left-field experiments really hit the mark. The Spanish guitar-tinged “Rivers” channels System of a Down via Muse’s “City of Delusion,” while the swaggering “Warhol’s Showbiz” is Chevelle’s grooviest jam since Vena Sera’s “I Get It.” Indeed, the latter half of the album contains the freshest ideas the band has had in years. While “Punchline” floats into the claustrophobic reaches of an empty galaxy, it’s “Shot from a Cannon” that truly plays with time and space. Clocking in at over eight minutes, the track towers and chugs, like a giant stomping across a festival field. Laden with feedback, the song’s final minutes are a hypnotic jam session, finally unlocking the expansive, marathon-length requirement of Chevelle’s Tool worship. To saddle Chevelle with the constant comparisons to other bands might be unfair – since Chevelle have held their own over eight albums and nearly two decades – but they draw on influences so well that the positive, nostalgic memories can’t help but attach themselves. It’s both a gift and a curse for Chevelle. Nonetheless, The North Corridor is expertly executed, rocking hard and satisfying that aggressive urge with dramatic, melodic sonic attacks.