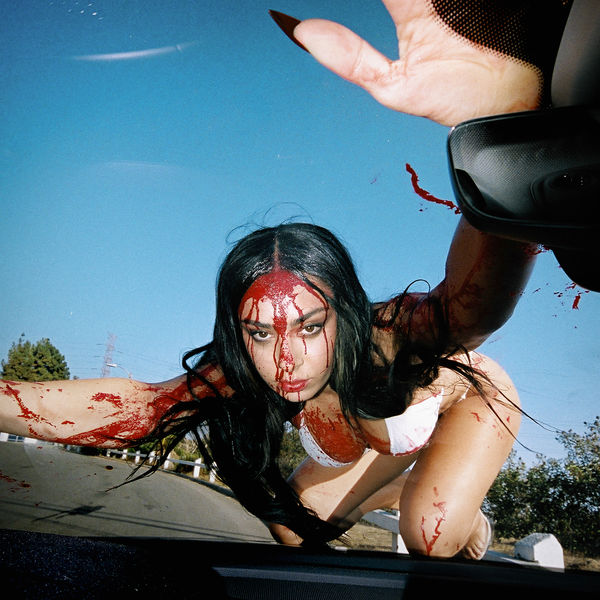 The new version of the album will contain four new tracks; Selfish Girl, How Can I Not Know What I Need Right Now, Sorry If I Hurt You and What You Think About Me.

How Can I…is a collaboration with The 1975 member George Daniel (who also worked on Crash’s title track) while Sorry If I Hurt You was originally meant to be the name of the record.

Reported to be her final album for Atlantic at the time of its release, Charli XCX embraces the idea of being a major-label pop artist to the fullest on Crash. For her, going mainstream is something of a daring move. Her previous album, 2020’s Mercury Prize-longlisted how i’m feeling now, was one of her most experimental releases, its heartbroken hyperpop capturing the feeling of bouncing off the walls during the COVID-19 quarantine. That album (and her mixtapes) made a strong case for her more spontaneous releases being among her best, but the craft she applies to Crash isn’t overdone. This is truly poptimist pop that consciously reframes the genre’s past heyday as worthy of celebrating and updating. XCX grounds the album in the styles of the late ’80s and early ’90s and the late ’90s and early 2000s — eras when pop was highly produced but also highly creative. It’s an aesthetic that suits Charli XCX well, especially on the bright, New Jack-jacking moves of “New Shapes,” which features Caroline Polachek and Christine and the Queens, two other experts at giving a fresh context to vintage pop. On “Yuck,” a charmingly disgusted rejection of lovey-dovey infatuation, XCX creates the perfect pastiche of late-’80s sounds, but she gets more literal on “Used to Know Me,” which samples Robin S.’s 1993 earworm “Show Me Love”; on “Beg for You,” a collaboration with Rina Sawayama, she folds in the massive hits “Cry for You” by September and “Don’t Cry” by Milk Inc. Putting a boundary-pushing artist like Sawayama on one of Crash’s most overtly retro songs feels like a missed opportunity, but “Beg for You”‘s pulsing desperation is still a highlight that shows just how baked into pop’s collective memory these decades-old songs still are. As she pays homage to pop music’s past, XCX also borrows from her own. The way Crash takes inspiration from David Cronenberg’s film of the same name echoes how she alluded to Quentin Tarantino’s True Romance on her debut album, and the percolating death wish of the title track continues the car motif winding through her work since Icona Pop’s “I Love It.” The tweaked vocals on the slow-motion ballad “Move Me” recall the Charli highlight “Cross You Out,” while “Good Ones” combines the self-defeating heartache that’s been a key theme since her early days with the hooky songwriting that she’s transformed into hits for others. Among all these revisitations of the past, Crash’s concision feels new. On her other albums, XCX occasionally included so many songs that the great songs had to compete with the good ones for attention. At a sleek 33-minutes long, Crash lets songs like “Lightning” — an unlikely but winning collision of freestyle beats, giddy orchestral synth stabs, and processed vocals — claim the spotlight they deserve. It may not be quite as striking as how i’m feeling now, but on Crash, Charli XCX once again finds endless freedom in pop’s constraints. – Heather Phares