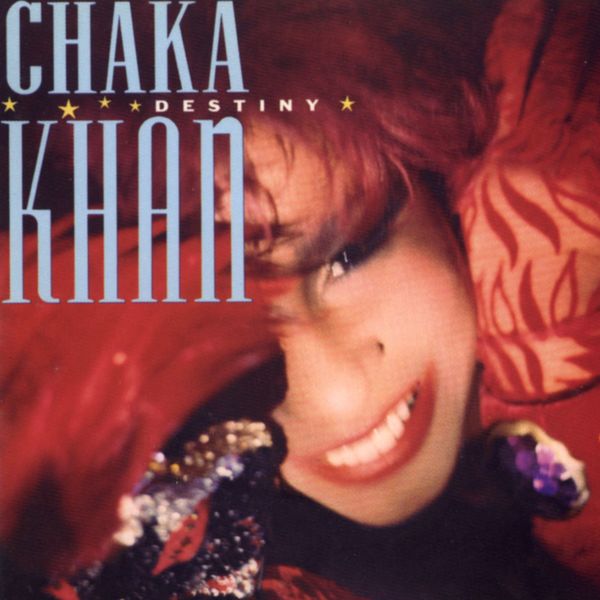 Most of the solo albums that Chaka Khan provided in the 1980s are excellent. 1986’s Destiny falls short of perfect, although the LP is impressive more often than not. Many people were surprised to hear how rock-minded much of Destiny is, but then, Khan’s former band Rufus had major rock leanings in the beginning: 1973’s Rufus and 1974’s Rags to Rufus underscored Khan and Rufus’ appreciation of Ike & Tina Turner’s soul/rock and were hardly the work of R&B purists. Nor is Destiny; while some of the material is straight R&B (including “Tight Fit” and the exuberant single “Love of a Lifetime”), Khan successfully combines R&B and rock elements on “My Destiny” and “Who’s It Gonna Be” (which Janice Marie Johnson of A Taste of Honey fame had recorded on a little-known solo album in 1984). And some of the tunes are really more pop/rock than R&B, including “Watching the World,” “The Other Side of the World,” and “So Close.” As much as Destiny has going for it, the LP isn’t without its shortcomings. “Who’s It Gonna Be” would have been better off without the fake applause that producers Arif and Joe Mardin pointlessly added, and the post-bop jazz offering “Coltrane Dreams” (which features saxman Sam Rivers) is too brief for its own good. Rivers, a major talent, doesn’t get a chance to stretch out, and the piece ends up sounding undeveloped, which is quite frustrating because Khan can be a great jazz singer when she puts her mind to it. But while Destiny isn’t perfect, the album has many more pluses than minuses and is easily recommended to both R&B and pop/rock enthusiasts.