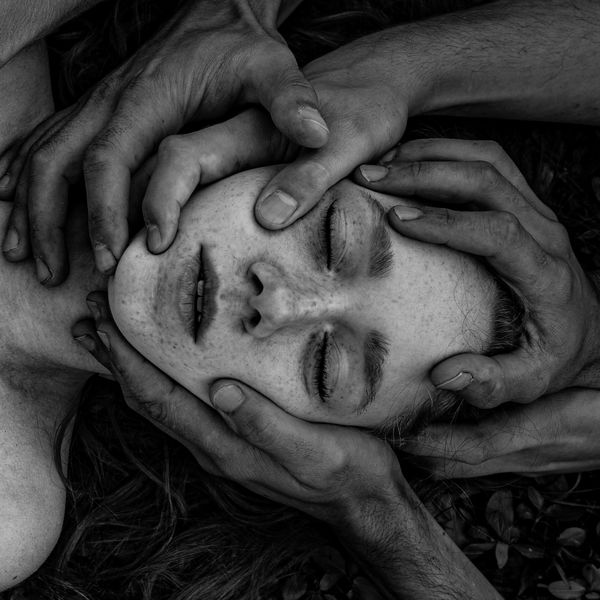 Celeste have been breaking the outer boundaries of heavy music for over fifteen years. When they first evolved from the Lyon hardcore punk scene, they were absolutely brutal and entirely unique, delivering extremity on their own terms that they pushed further and further with each successive album. “We just wanted to get darker and more violent,” says drummer Antoine Royer, until 2017’s Infidèle(s) saw the incorporation of a more melodic streak. Their most focussed record yet, it was tremendously received, critically adored, and backed with the band’s biggest shows to date.

Its follow-up was always going to be something radical. Even by their own inordinately high standards, however, new record Assassine(s) is one hell of a step forward. Even if this album still contains cyclonic walls of guitar, of battering rhythm, and passages of blissful, rushing release. it’s unlike anything the band have ever released; embracing a modern and forward-thinking production, they’re just as complex but more direct, diverse and accessible than before. “Our leitmotif here was to open our minds,” says guitarist Sébastien Ducotté. “We made a real effort to think outside of our box.”

During lockdown Celeste’s members were forced to each write individually. “We each went further into our personal, inner views of what the songs were,” says bassist and vocalist Johan Girardeau. When eventually they began sessions under producer Chris Edrich, it was gruelling. “We ended up exhausted, physically and mentally” says Johan. “There was no break in two weeks. We didn’t see the sun at all during that time. Every night we were so tired that we didn’t enjoy being together as much as we’re used to.” Nevertheless, in the same way the hardships of isolation led to richer and more complex songwriting, it’s that relentlessness that led to the record’s razor-sharp edges.

Above all else, Celeste are innovators. Whether by pioneering French avant-garde metal when they formed at the turn of the millennium, by making their boldest leaps despite being seven albums deep into their career, or using two years away from live shows to tightly finetune their stagecraft, they refuse at all costs to rest on their laurels. There can be consequences to this instinct – fans of the band’s older work might be thrown off by their constant shifts of pace – but they’re throwing caution to the wind. A bit of backlash “would be a good thing, because it would mean that we’ve really changed,” says Guillaume . “It’s not disrespectful, it’s just that we never made music to please people, but just to enjoy what we’re doing.” In the end, Celeste are a band so forward-thinking that they can only be judged on the strength of their latest work. And when it comes to a record as bold as Assassine(s), they’ve hit a whole new peak entirely.