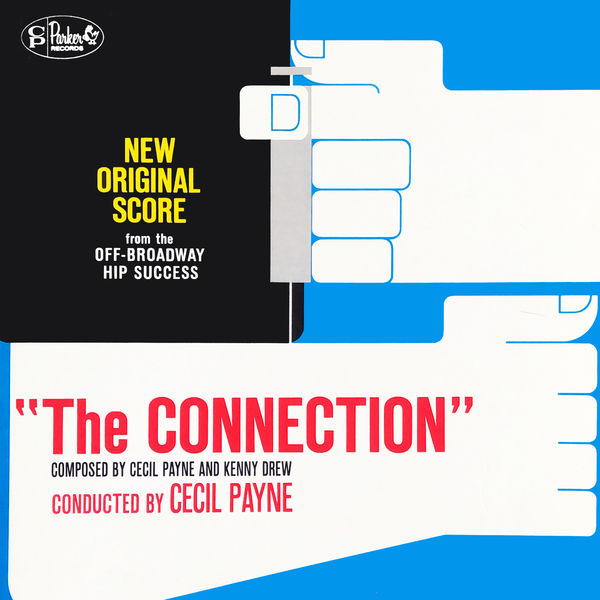 “The Connection” Cecil Payne is joined by Clark Terry on trumpet, Duke Jordan on piano, Charlie Persip on drums and Ron Carter on bass plus Bennie Green on trombone. This new original score was written by Cecil Payne and Kenny Drew for the off Broadway show and differs from the film score written by Freddie Redd, albeit remaining in the “same area of deep feeling so as not to throw the actors off track”.

“The Connection was an off-Broadway play that centered around a number of dope addicts waiting to score a fix from their dealer, with a musical score contributed by pianist Freddie Redd. After Redd recorded an album for Blue Note and left the production, baritone saxophonist Cecil Payne and pianist Kenny Drew composed songs for a brand new score, with Payne taking over Redd’s duties providing music for the play. Payne expanded to a sextet from a quartet for his LP (issued by the Charlie Parker label), though his recording has been unjustly overlooked. Joined by Clark Terry and Bennie Green in the front line, and a rhythm section consisting of Duke Jordan, Ron Carter, and Charlie Persip, Payne’s album also has much to offer. While it is difficult to conceptualize what the play was like by just listening to this recording, the music stands on its own. All of the musicians shine throughout the sessions. Though Payne is a fine soloist, Terry’s almost conversational solos tend to steal the show. Long out of print, this excellent disc will likely be found only on jazz auction lists.” (Ken Dryden , AMG)