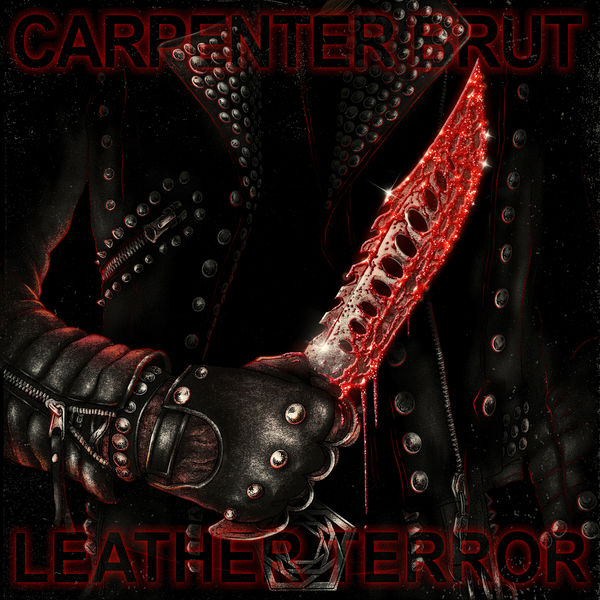 To say the French synthwave crossover artist has somewhat of an established aesthetic would be a touch of an understatement. Pretty much from the inception, Carpenter Brut – the musical project of Franck Hueso – has built a career of romanticising the excess, glamour and filth of outsider 80’s pop culture, with references to sleazy glam metal, slasher horror and everything that made the time period fun being rife within his work, both live and on record.

In 2018, this aesthetic was compressed into Leather Teeth, the first chapter of a trilogy that lovingly fetishised the classic and absurd slasher cliches of old. In the story, a shy and clumsy teen tried to win over his cheerleader crush in a science experiment gone wrong, and a result, became the titular Leather Teeth, the mutated frontman of MTV glam rock sensations Leather Patrol. Then, totally understandably, he turned to serial murder to exact vengeance on all those who wronged him. Where the first instalment of the Leather saga focused on the glitzy excess of classic rock and roll stereotypes, this new chapter Leather Terror details and delivers the latter part of the tale – revenge, violence and nonstop murder

nd delivers it does. Save from the ominous ‘Opening Title’, Leather Terror – much like the blade of our protagonist here – is instantaneous, direct and straight to the point. As ‘Straight Outta Hell’ thrashes with its serrated synth riffs we’re transplanted right into the viscera-coated and neon-lit world that Carpenter Brut has soundtracked. It’s violent, immediate, unrelenting but oh so fun. Even the most stoic will find themselves haplessly stuck in the savage synth thralls that this album provides. Its impossible not to giddily fawn over the seductive and dangerous 80’s licks of ‘The Widow Maker’ and ‘Imaginary Fire’, a track that features The Dillinger Escape Plan’s Greg Puciato leading a track that sounds akin to The Chemical Brothers remixing Meshuggah in the best and most sleek way possible.

Still, even with its more malevolent tendencies established right from the start, the second side of this record is where the homicidal violence is ratcheted up to a vivid degree. Leather Terror very much feels like an album of two parts and two unique personalities, personas that transition into one another subtly, yet still intensely. Following on from the air-punching ballad of ‘…Good Night, Goodbye’, we’re treated to ‘Day Stalker’, a sythwave track of Hueso’s clear design that wouldn’t sound out of place in his early work. This, however, morphs into ‘Night Prowler’, an electronic psychosomatic rager that sees the motifs of the former track being intensified to devilish degrees. It’s an almost Jekyll and Hyde transformation, one that signifies the escalation of the record and one that’s guaranteed to cause murder on the dance-floor in a live environment.

From here, we’re treated to the most frantic offerings courtesy to date from both Carpenter Brut and synthwave as a whole. ‘Colour Me Blood’, like it’s name suggests, ramps up the blood pressure, ‘Paradisi Gloria’ plays out like something from the latest instalment of Doom and the closing title track features Converge’s Ben Koller and Tribulation’s Johannes Andersson manifesting something that can only be described as a track Bathory would conjure after taking a pinger at a Bristol warehouse rave.

But still, Leather Terror isn’t a complete detachment from the flirtatious and provocative stylings of Leather Teeth and the records that proceeded it. With its upbeat and bewitching synthwave, ‘Lipstick Masquerade’ is a great detox from the bloodlust that surrounds it and the creeping tenderness of ‘Stabat Mater’ plays out like a moment of remorse that defuses the ultraviolence present. It’s these moments that help the frantic and dark energy from becoming too overwhelming, add welcome diversity to the mix, showcase the vocal talents featuring on this record – and above all else – dramatically and expressively represent of the narrative running parallel to the music.

Leather Terror is more than just a concept record and a callback to the sexy, rebellious 1980’s pop culture that’s longed imbued the work of Carpenter Brut. It’s a transmogrification of the work of Hueso that showcases his ability to transcend into darker themes and sounds all whist retaining his signature sound. But, more than anything else, this record is irresistibly fun. If you’re not enticed and bewitched by this schlockly and gore-coated love letter to slasher fiction then you’re probably just as dead behind the eyes as Mr Leather Teeth himself.