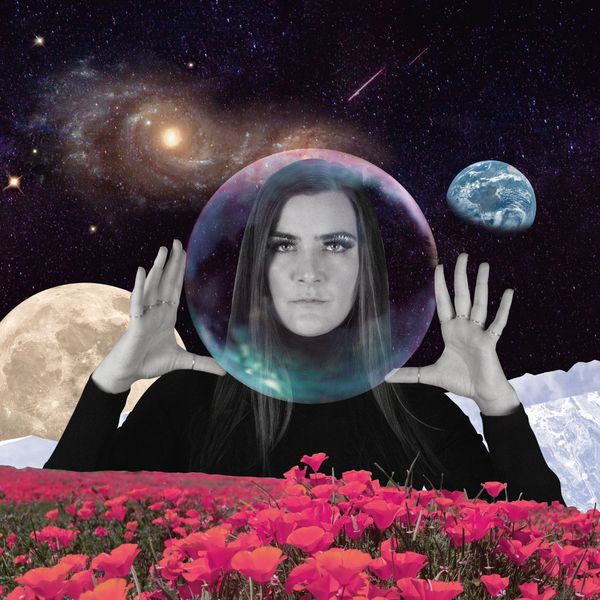 The composer and master of the theremin Carolina Eyck releases with Thetis 2086 an album about the beauty of the earth and its fragility. She takes the perspective of an extraterrestrial visitor to the fictional planet Thetis 2086 and composes an album that impressively demonstrates the sonic breadth of theremin, combines electronic and vocal elements, and in parallel addresses one of the most urgent social problems of our time. Together with the Dutch producer Remco Hazewinkel, she presents the first album in Dolby Atmos on Neue Meister.

Thetis 2086 is home to an unknown species that sets out to visit our home planet Earth and travel all its unique wonders. German-Sorbian thereminist Carolina Eyck invites you to a change of perspective and a fantastic sound experience. The travel guide for this journey is her album “Thetis 2086”, to be released in 2022, on which the total of 12 tracks mark the stage destinations of this musical adventure. Starting from Thetis 2086 across the moon towards the earth, Eyck leads the listeners to the center of the world, drawing a fine sound body of neoclassic, ambient and electronica with the theremin, voice and electronic sound elements.

“We humans often only think about our daily existence and quickly forget to take a different perspective on things. We reflect too little and worry only about matters in our immediate surroundings. We escape in small parallel worlds on our digital devices and lose perspective on the big picture,” Eyck said. “Thetis 2086” is therefore intended by Eyck as an offer of an extended journey of thought – not to a foreign place, but rather to our only and currently threatened home, the earth. In doing so, she deliberately plays with sound in space and time and presents her new album in Dolby Atmos for the first time.

The journey starts from the fictional place “Thetis”, a peaceful and colorful world from which a positive energy originates. This piece is based on a composition by her father Jan Bilk and reflects her earliest musical memories. “This is the music I listened to as a child, it shaped my journey as a musician,” Eyck says. Her parents introduced her to the theremin and its unique way of working when she was seven – it’s the only instrument played completely without touch. Her grand master was Lydia Kavina, a close relative of theremin inventor Leon Theremin.

After getting acquainted with the home of the traveler, we meet the closest celestial body to the earth and her companion, the moon, “Clair de Lune.” “So much has already been said about this composition by Claude Debussy. It fits perfectly into the tonal cosmos of the Theremin and sounds perhaps like the voice of our little star wanderer.” This piece alone shows the precision with which Eyck is able to master her instrument. She skillfully uses the dynamic range of the instrument, literally lifting Debussy’s best-known piece into new spheres. At the same time, it marks Eyck’s classical side, as she won the “Echo Klassik” in the “Concert Recording of the Year” category in 2015.

Following the moon, the passenger then sets course for the earth and orbits it in an “elliptical orbit” to finally land in the ocean. The track “The Ocean” is thereby introduced by wave-like spherical sounds, which are also created with the Theremin through loops and merges into harmonies. Similar to the waves of the sea, they form the sound background, which is set in motion by Eyck through an added tremolo. Mesmerized by the immensity of the seas, the wanderer then encounters a series of wonders of our planet’s nature. Forests, volcanoes, ice – they all unite in a breathtaking ensemble, which, however, seem to be in danger. Especially the track “On Wings of Light and Time” Eyck wants to be understood as a clear eruption of the previously constructed paradise. Electronic sound elements are mixed and wandering through the acoustic space and suddenly revealing a depth of space and time through delays and reverb.

At this point, the traveler becomes aware of the impermanence of the places he has traveled to before. “There are so many changes happening around us that we don’t even notice, and yet they have a massive impact on us. However, we don’t feel this creeping change because they only become visible in fast motion and tangible in their effects on us and our environment.” For Eyck, this piece is like a time machine, designed to catapult from the present into the future, yet only able to portray a small moment in Earth’s history. For her, the question at the end is what will remain of our earth and what consequences our actions will bring.

Suddenly, the traveler of Thetis 2086 finds himself in an unwelcoming, arid and silent wasteland. This dystopia is one of the possible outcomes for Eyck: “This could be our future if we don’t find suitable solutions to the problems on our planet to save it after all.” “What Remains of Earth” is only a short track on the album, however, it is therefore meant to symbolize just one of the many possibilities for the future of our planet. Our traveler eventually leaves Earth again and flies back to his home planet to process what he has experienced. For Eyck, the traveler experienced future is still unwritten and unclear, but she calls for consistent engagement with the situation and appeals to each and everyone’s empathy to look beyond their own horizons, reflect on his and her actions, and be open to new perspectives.

“Ultimately, I think a change in perspective opens our minds and allows us to see the world through different eyes. Only then we are able to feel empathy for those who may not be in our immediate circle and for the world as a whole. That’s what we need most today.”

Closing with the title theme of the British science fiction series “Doctor Who,” the album Thetis 2086 once again underscores the pop cultural relevance of the Theremin and its unique sound.