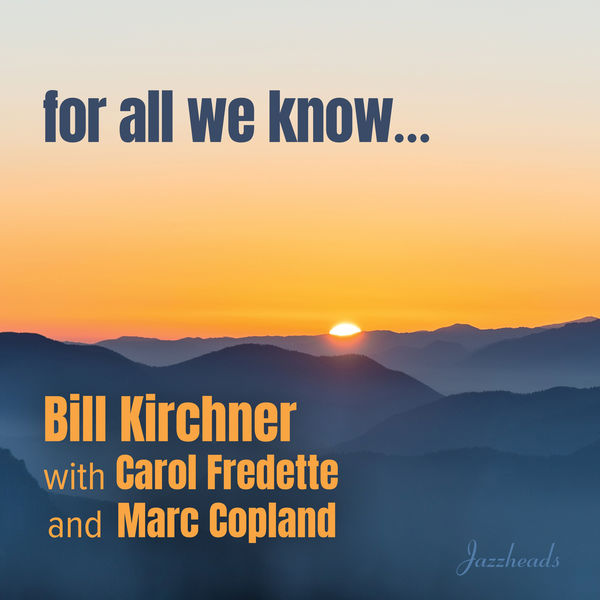 Carol Fredette was a lovely and much-admired singer who see-sawed between cabaret and jazz. When she sang jazz, her voice grew hushed, as if telling you a secret. It also could become husky and rich, as on songs like This Is Always and Long Ago and Far Away. Born in 1940, she started singing right after college in the late 1950s with the touring big bands of Sal Salvador, Larry Elgart and Neal Hefti. Sadly, none of those dates were recorded, and if they were they were never released.

Fredette then spent the 1970s on the road as a club healiner. When she started to record in the early 1980s, she produced only six albums. Jazz had dried up and was especially hard on jazz singers. Then Carol became ill and died in January 2021.

Out today is a previously unreleased album by saxophonist Bill Kirchner that features Fredette and pianist Marc Copland. Recorded live on April 17, 2013 at The Players, a historic private club dating back to 1847 on New York’s Gramercy Park, the album features seven standards and put Fredette’s intellect and voice to the test. Both Bill and Marc are challenging jazz players who come at songs from unusual, sophisticated angles—Bill on the soprano sax and Marc with unusual chord voicings and singular counter-melodies.

As a result, Fredette had to dig deep. My guess is she had to focus hard on the song’s melody and listen for core notes that would keep her on track rather than distracted or derailed by the musical swerving of Bill and Marc. The result was a completely different Fredette than the singer who appears on most of her other recordings, which tend to be rather formal.