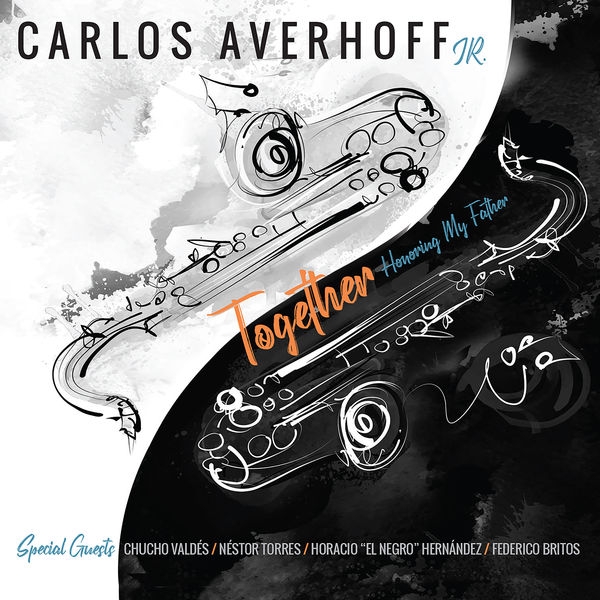 Losing a parent can remind the bereaved of the moments lost and the chapters that remained unfinished in their relationships. Saxophonist and composer Carlos Averhoff, Jr. knows these feelings all too well. When his father, legendary Cuban saxophonist Carlos Averhoff, passed away, the younger Averhoff had just begun an album that would represent their first collaborative work. Though his father left too soon to complete it, Averhoff, Jr.’s album Together serves as a perfect tribute to his father’s career and their mutual respect for each other.Averhoff’s father was a member of the iconic Cuban jazz ensemble, Irakere, which was led by pianist Chucho Valdés. The outstanding group was one of Cuba’s chief cultural exports, making Averhoff, Sr. lead a very busy life as a performing and touring musician. Though he did not get much direct instruction from his father, Averhoff, Jr. would get the benefit of his father’s teaching through Juan Felipe Tartabull, Averhoff Jr.’s first saxophone teacher and once a disciple of his father.

The relationship between father and son strained when the elder Averhoff left Cuba, finally settling during the late 1990s in Miami, where he eventually began to teach at Florida International University and started to develop his career as a band leader.

At the age of 26, in the year 2006, Carlos Averhoff, Jr. arrived in Miami reuniting with his father and making a reality the dream of playing along him on a musical project. Though they did have some opportunities to perform several times, the environment for jazz in Miami proved to be a bit stilted for the younger Averhoff. He was able to meet and perform with Miami’s best musicians, many of whom had collaborated with his father for years.

After two years in Miami, Averhoff, Jr. moved to Boston to attend both Berklee School of Music and the New England Conservatory of Music. Today, Averhoff, Jr. leads two musical projects, Iresi & iQba. He is a performing artist, composer, and educator established in Dallas, Texas and was recently appointed Jazz Saxophone and Latin Ensemble teacher at Tarleton State University.