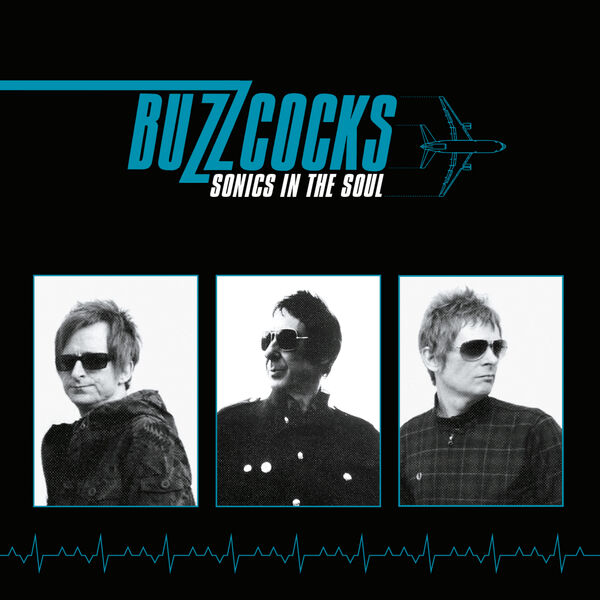 After Lou Reed left the Velvet Underground in 1970, the band staggered on without him for a few years, with bassist Doug Yule taking over as their frontman. Someone once described 1973’s Squeeze, a misbegotten Yule solo effort somehow issued under the name the Velvet Underground, as something like gin and tonic without the gin. The notion of a Buzzcocks album without Pete Shelley – the lead singer, main songwriter, and rhythm guitarist who died in 2018 – seems every bit as unlikely and ill-starred. However, Steve Diggle, who was the group’s lead guitarist from 1976 onward, clearly isn’t ready to give up on his life’s work. Four years after his musical partner’s passing, he’s taken a stab at making a Buzzcocks album, with him in charge. 2022’s Sonics in the Soul is billed as a Buzzcocks album, and along with Diggle, it features bassist Chris Remington and drummer Danny Farrant, both of whom had been playing with the group since 2014. Rather than find someone to stand in for the irreplaceable Shelley, Diggle handles vocals and writes the songs, and he did both memorably, if only occasionally, during the group’s salad days. So Diggle has more than just arrogance going for him as he belatedly appoints himself the leader and frontman of the Buzzcocks. That doesn’t change the fact that Sonics in the Soul doesn’t really sound like a Buzzcocks LP, at least not as we’ve known them. The songs are short and hooky and played with strength and a certain degree of speed, which suits the group’s pedigree, but without Shelley’s very distinctive melodies and lyrics that split the difference between wit and anxiety, this sounds like a Steve Diggle album – a guy who was a very good songwriter in a group that already had a great one. That said, if it seems like a Steve Diggle album rather than the Buzzcocks, it’s a very good Steve Diggle album. The songs are good, especially “Nothingless World,” “Senses Out of Control,” and “Just Gotta Let It Go,” and Diggle’s vocals are in solid shape, especially for a guy who’s 67 years old. Without Shelley’s guitar, these performances lack a bit of the chugging intensity of the Buzzcocks’ salad days, but Diggle fills up the spaces quite well, and the solos show he’s still got worthy tricks up his sleeve. Further, Remington and Farrant are a rock-solid rhythm section who drive the music forward with a minimum of fuss and without getting in the way. Sonics in the Soul is not the work of the Buzzcocks as we’ve known them; how could it be? But if you want a greater appreciation of how much Steve Diggle brought to this great band, Sonics in the Soul will tell you the full story, and it shows he more than deserves a belated place in the spotlight. – Mark Deming