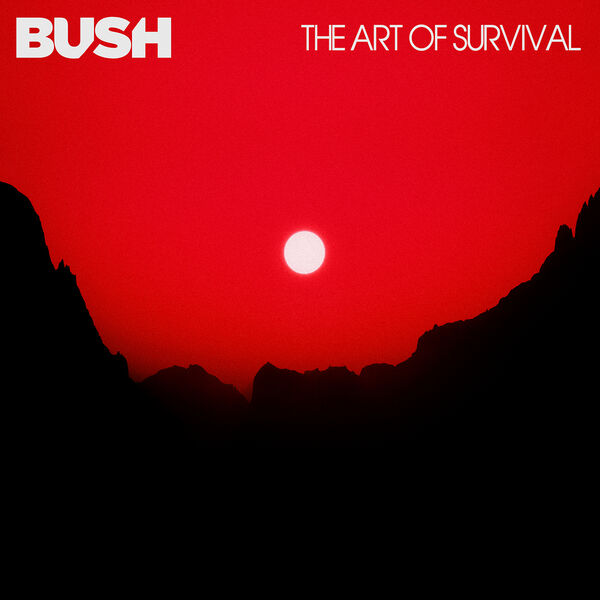 2022 release, the ninth album from the alt-rock/post-grunge band led by Gavin Rossdale. Includes the single “More Than Machines”.Launching a late-era surprise attack with the towering The Art of Survival, Bush haven’t sounded so vital and hungry since their 1990s heyday. The polar opposite of 2017’s Black and White Rainbows, Survival builds upon 2020’s course-correcting The Kingdom and leaves it in the dust. Their best post-hiatus offering to date, the aggressive set finds frontman Gavin Rossdale and bandmates Chris Traynor, Corey Britz, and Nik Hughes firing on full throttle with what might end up being Bush’s heaviest album ever. That passion stems from the all-too-real inspiration behind much of the lyrical content. Staring down climate disaster, the corrosion of women’s rights, widespread intolerance, and impending societal collapse, Rossdale channels his frustration and anxiety with the state of the planet with a heavy dose of anger. The cacophonous single “More Than Machines” rails against government control of women’s bodies and the willful destruction of the planet, while the churning “Shark Bite” finds Rossdale lapsing into hopelessness with cries of “the earth is a madhouse, the planet so screwed.” Amongst the rage, he injects a few touches of optimism for good measure. On the lurching “Heavy Is the Ocean,” he declares, “We crack, but we don’t break,” as the band stomps through old-school sludge, later fighting for hope through the stoner-rock riffs and spacey production of “Human Sand.” Noticeably, Rossdale’s voice is starting to show signs of wear and tear, pushed to the limits on songs like “Kiss Me I’m Dead,” but those cracks in his usual polished delivery make The Art of Survival even more urgent and relatable. Every track here is a highlight, careening from near-metal moments such as “Identity” to the programmed beats of midtempo breathers like “Creatures of the Fire” — which could have been on The Science of Things — and “1000 Years,” an atmospheric slow burn that closes the album to gorgeous effect. Revitalized, Bush is reborn with The Art of Survival, an essential late-catalog installment that re-energizes their sound with fresh tricks and newfound purpose. – Neil Z. Yeung